Why I Do Politics 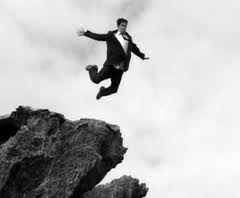 ← I am moving the Lost World Conference to RUMBLE... "Social Media-The New Rules" →

Why I do Politics
1) Abraham fought five kings when rescuing Lot
2) Haddassah (Queen Esther) and Mordecai were dealing with a political monster in the Persian Government
3) King Hezekiah and King David were brilliant politicians
4) King Solomon was a tyranical monster appeasing every kingdom accept God’s
5) All of the Prophets addressed the cultural issues that were endangering the Kingdom of Israel
6) Jesus (Yeshua*proper) stood before political leaders appointed by Rome
7) Potius Pilot condemed Jesus (Yeshua*proper) for Political reasons
8) John the emmerser (High Priest) according to Levitical order was put to death by a political ruler
9) All of the disciples fought against Hellenitic culture and leadership.
10) Paul, the Jewish writer/ambassador, who was restoring TORAH (Not Church) fought Political leadership as a result of cultural decay away from representing the Kingdom of GOD

11) America is experience all of the above as a result of Political corruption!

12) Last but not least: The Bernie Sanders, Mark Zuckerberg & Barbara Streisands of the ancient world were screaming “Crucify Him!” [Politician, Social Media and Hollywood]