Why I Stopped Watching Fox News

For several years now when gathering news from television I would turn on FOX News. Most of my news sources are internet based. Nevertheless, FOX news was the only television news that I would filter through. I too, started seeing FOX news & commentary go from “Fair and Balanced” to more in step with the rest of the television media. I could turn to other stations and hear the same sort of commentary that FOX was sharing. They all were sharing the same messages. It was sad to see that programming was now a focus as opposed to reporting information. 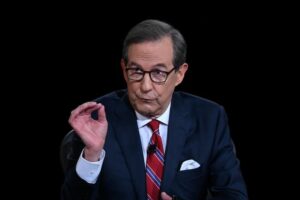 When Chris Wallace (Uber Liberal whackadoodle) conducted the debate with President Trump and Joe Biden I was appalled (Never cared for Chris or his Daddio) The more that I watched FOX I started looking for “Fair and Balanced” which had become a slogan, not a reality. When FOX News called Arizona prematurely on Novemebr the 3rd I turned off FOX news in my home permanently. I see the main stream media as an enemy to our Constitution and freedoms. I had hoped that FOX News would never fall into this category. Since Novemeber the 3rd…the network hey leaped into this category! As a Conservative FOX news is no longer a viable option. I remember the moment I realized that the major networks and 24 hour news cycle were more programming as opposed to reporting! Today, FOX News is not appropriate for the Patriots that are WE THE PEOPLE! Like Facebook…it is easy to turn off!

The main stream media is presenting the Joe Biden Presidency as though it was for years later and a re-election campaign is being decided! None have investigated the accussations of election fraud, the affidavits by 1000’s of witnesses, the voting machines, and irregularities. What they have all done, including FOX news is present, with bells and whistles, promotion and subliminal messaging– President Elect Joe Biden! This is their focused programming to our nation. FOX News is just one of the players anymore in my mind!