Pastor Joe Aymond, “This Ain’t That” 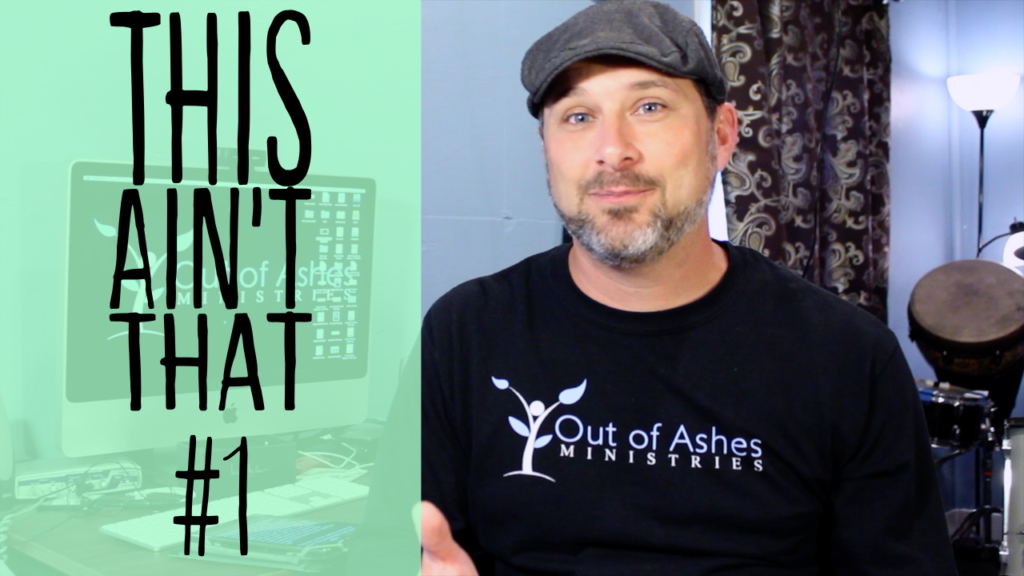 “You know, we have all come to places in our walk with God where we’ve been challenged to leave things behind in order to go to where God is calling us and you know as well as I do that the bigger that deliverance, the more incredible the breakthrough, the bigger the promises, the more we have to leave behind. It’s tough, but that’s just the way Abba works.

Let me ask you this…What is one thing that you can vividly remember God asking you to leave behind as He called you to a new level of commitment? Without a doubt I believe that hardest thing to leave behind is actually not a person, relationship, job, or possession…but a MINDSET. Yeah, you know what I’m talking about. I firmly believe that we can leave all the toxic people, idols, and unholy lifestyles behind but if our mental paradigm doesn’t change, we’ve suffered losing those people and things for nothing. We will go right back to where we were if we don’t have a change of mind.

In Phillipians 2:5, we are challenged to “let this mind be in you which was also in Messiah, Yeshua” (Jesus’ Hebrew name). This statement begs the question, “What kind of mind did Yeshua have in Him?” Romans 12 tells us not to be conformed to this world, but that we are going to be transformed into something different, separate, set-apart, peculiar, as we renew our minds. Renew our minds to what model? Messiah’s, of course.

I want to read really quickly from Ephesians 4. “And He Himself gave some as emissaries, and some as prophets, and some as evangelists, and some and shepherds and teachers, GET THIS, for the perfecting of the set-apart ones, to the work of service to a building up of the body of Messiah, until we all come to the unity of the belief and of the knowledge of the Son of Elohim, to a perfect man, to the measure of the stature of the completeness of Messiah, so that we should no longer be children, tossed and borne about by every wind of teaching, by the trickery of men, in cleverness, unto the craftiness of leading astray, but, maintaining the truth in love, we grow up in all respects into Him who is the Head, Messiah.

There’s really much more in these words than we have time to cover today, but I want to key in on a couple of phrases. Do you realize that what we know as the “5 fold ministry” is given to us for our perfecting? And not just to anyone’s perfecting, but specifically the perfecting of those who have already been set-apart. But didn’t Jesus accomplish ALL of that at the cross? If He did, then why are we being challenged that after being set-apart, there’s still more work to do? And what is the purpose? So we can grow up into Messiah’s stature. Pretty tall order don’t you think? So, what does that look like with skin on? Well, if Messiah was our example, what did that look like for Him? It should remind us that He wasn’t tossed by every wind of teaching. He wasn’t tricked by smooth talking or ear-tickling. Even the most crafty and clever couldn’t lead Him astray from who He knew He was. Now ask yourself honestly, does that sound like us?

Stop and listen to conversations around you (not like creepy stalking) but just take a moment to take stock of the what is being bantered about around you. The reality is that humans love fads. We love new stuff. Clothes, music, TV shows, food. Did you ever stop to think that maybe we treat the things of God the same way? Always looking for a new spiritual fad?

This isn’t a 21st century American issue. This propensity has been in humans for all of recorded history. Don’t believe me? Read about Adam and Eve again and see if there isn’t a pattern here. So how did Yeshua stay so rock solid? Well, obviously, He was Yeshua. Yeah, I know, and here’s the thing, we’re supposed to imitate Him.

In this series of videos, we’re going to go through what may seem like some mental gymnastics but stick with me. We want to take stock of where we are and see if it’s really worth it to us to grow into Messiah’s shoes. Welcome to the journey. I pray your life will never be the same.” Pastor Joe Aymond

A four part video Series worth making time for: