Socialism in America: THERE ARE CONSEQUENCES

← When The Lie Is The Truth-Freedom Is Lost Flick Fest, Something New to Consider → 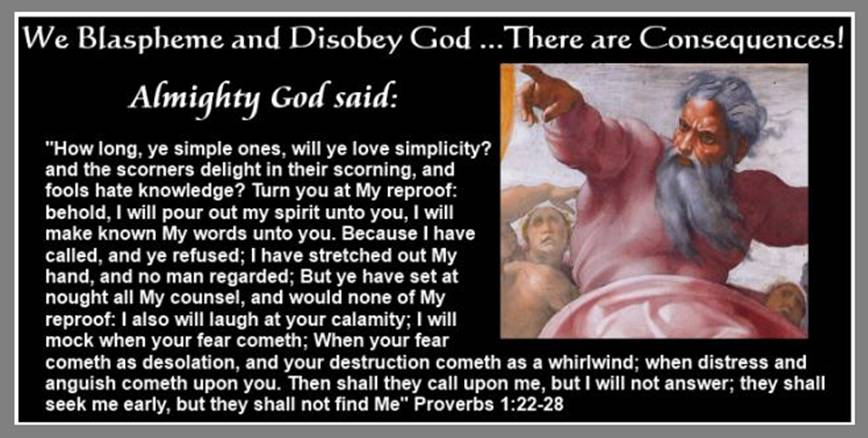 Something terrible has infected what we have always believed sacrosanct in America.

Our innate pride in upholding God, country, Bible and liberty is under incessant assault from Leftism. It is gnawing away at our unique Judeo-Christian culture, which was designed so magnificently by our founding fathers to separate us in America from the horrors of that religious strife so endemic to European history. Thanks to their wisdom we have been free of the imposition of a state religion, yet we have enjoyed religious freedom to worship.

As it says in Amendment One to the Constitution: Congress shall make no law respecting an establishment of religion, or prohibiting the free exercise thereof; or abridging the freedom of speech, or of the press, or of the right of the people peaceably to assemble, and to petition the Government for a redress of grievances.

These institutions used to be so proudly upheld but now the misguided appeal of Socialism is turning it all on its head. Almost every normal and beautiful aspect of our American Judeo-Christian culture has been placed into the maelstrom of a venomous globalist world view – the growing and insidious nihilism of the Left. And our elites and intellectuals, be they nominal members of both Judeo-Christian faiths, Christians and Jews, foolishly embrace it. Perhaps this gives credence to my belief that intellectualism does not necessarily confer intelligence.

What remains in far too many churches and synagogues has little to do with Christianity, Judaism or Americanism. As my fellow writer and good friend, Linda Goudsmit, penned in a recent article: “In contemporary America, the radical leftist Democrats are following the Maoist cancel-culture model. They are targeting the three supporting pillars of American society; the American family, our Judeo-Christian faith, and the U.S. Constitution symbolized by our American flag.”

Our churches and synagogues were places we learned how each man and woman is made in the image of God, but now the message is polluted by the Left’s notion of identity politics. We are too often preached that our precious individualism is wrong and must be replaced by membership in a group, be it white, black, brown, red, yellow, straight, gay, male, female, gender neutral, ad nauseam. What, pray, has that got to do with the fundamental notion that, “all men are created equal?”

America’s Constitution and Judeo-Christian civilization was once our bastion of happiness directly related to gratitude for God, country, family and material bounty. Now we learn instead from the Left the irreligious concept of personal ingratitude. Our sons and daughters become indoctrinated Socialist and neo-Marxist apparatchiks from their “education” at the majority of America’s universities. Now students hear from tenured professors that our history, our Constitution, our founders, our religious foundations, and our capitalism all need to be torn down and replaced by the glorious utopia of the Leftist iron-fisted and radically secular State.

Our culture is founded on the notion of a good and judging God creating order and distinction out of chaos. The Left rejects that. For example, now there is no such thing as the distinction of male and female. Now there are dozens of genders. God help us!

We look with dismay to find pastors or rabbis willing to thunder from their pulpits their outrage at this insane assault upon Judeo-Christian civilization and the Left’s destruction of the minds of an entire generation. As I have written before, large numbers of our students in public schools are being bathed in the lies of the NYTimes 1619 Project – a project to help them learn to hate America. Our children enter not a university of free expression but a veritable Socialist conveyer belt delivering endless cookie cutter young socialist mental myrmidons.

Our Leftist slave masters and Inquisitors are now throttling any remaining vestiges of freedom of speech. For the “sin” of speaking our minds against the dogma of the new religion and poisonous reality of the Left, they are having us boycotted and banned.

What could be more fundamental to a decent, moral and civilized Christian and Jewish American society than protecting and caring for the most vulnerable and innocent of our citizens than our unborn children. Not so for the American “progressive” Left, which denies the scientific and moral truths that these children are real living human beings created in the image of God; not some mere collection of cells.

Too many liberal Americans fulminate in their “progressive” houses of worship against the right to bear arms against a tyrannical government. They should give thanks for our  glorious Second Amendment which till now has kept us all free from the loathsome tyranny and barbarism we already see manifesting itself in our America thanks to the Biden/Harris regime and its faceless and radical handlers.

Our mainstream churches and synagogues are now inundated with people and clergy beguiled and in love with Socialist ideology – one of the most degrading, destructive and impoverishing economic systems ever developed in history. They happily send their children to university professors who now laud Marx, Mao, Fidel and Chavez yet denigrate the likes of Adam Smith and Milton Friedman. Tens of millions of Americans have been brainwashed in public schools and by our Leftist mainstream propaganda media, marching lock step to the drum beat of the new religion of Leftism.

How heartbreaking to see unfolding in ever rapid growth this vile Socialist infestation destroying the great experiment that is America and its Constitution, that wondrous and divinely inspired human document – second only to the Bible – which now is in mortal danger from an insane enemy within.

Victor Sharpe is a prolific and freelance conservative writer. He is the author of seven published books including two that contain many of his much admired short stories. He is also the author of the acclaimed four volume work titled, Politicide, which details the 1,400 year old Islamic threat to Judeo-Christian civilization. (He is also my friend)