The Poisoned Pen by Victor Sharpe 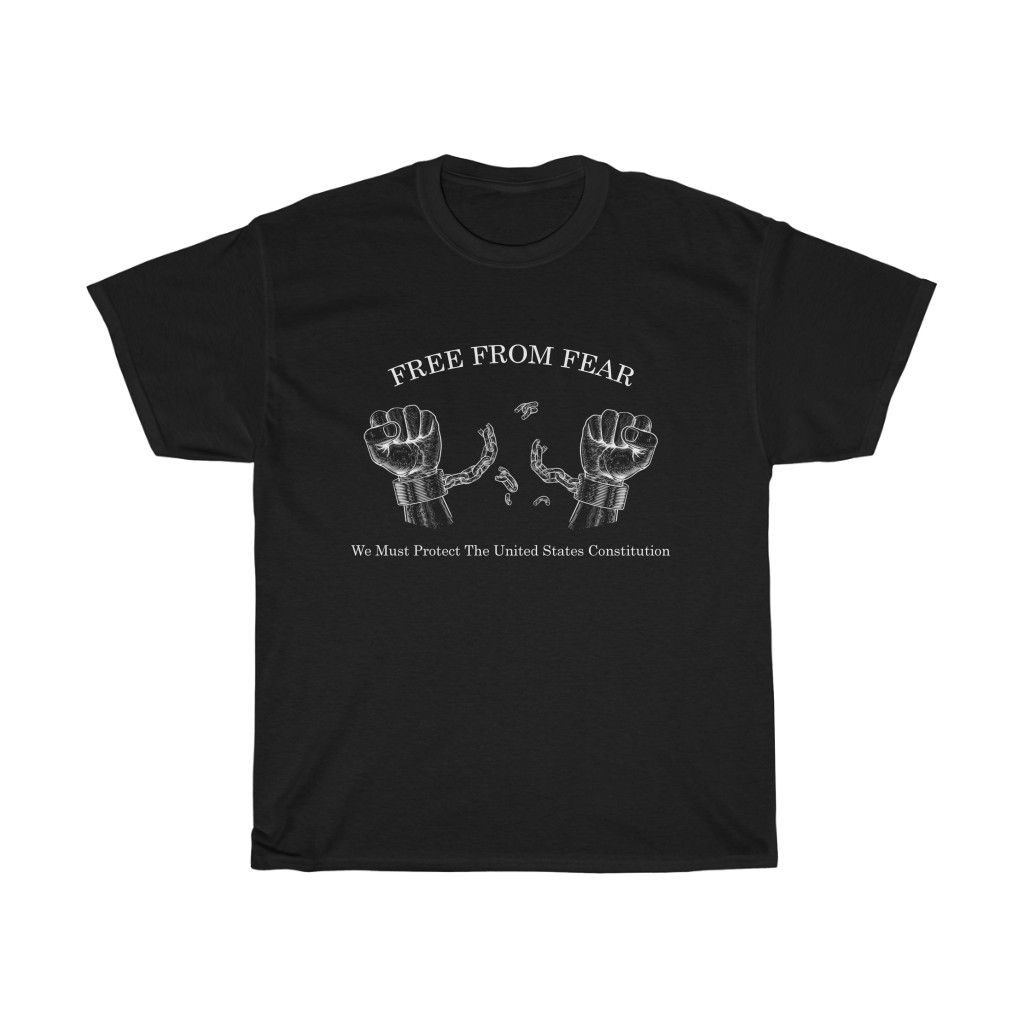 ← I Want The Historicity, Not The Sermon Hey Whoopie Goldberg, Shut Up Already! →

“Then said Satan: This besieged one, how shall I overcome him?
He has courage and ability, he has weapons and imagination.
So he said: I shall not take his strength, nor muzzle nor bridle him.
Nor soften nor weaken his hands, only one thing I shall do;
I shall dull his brain and he will forget that he is in the right.” 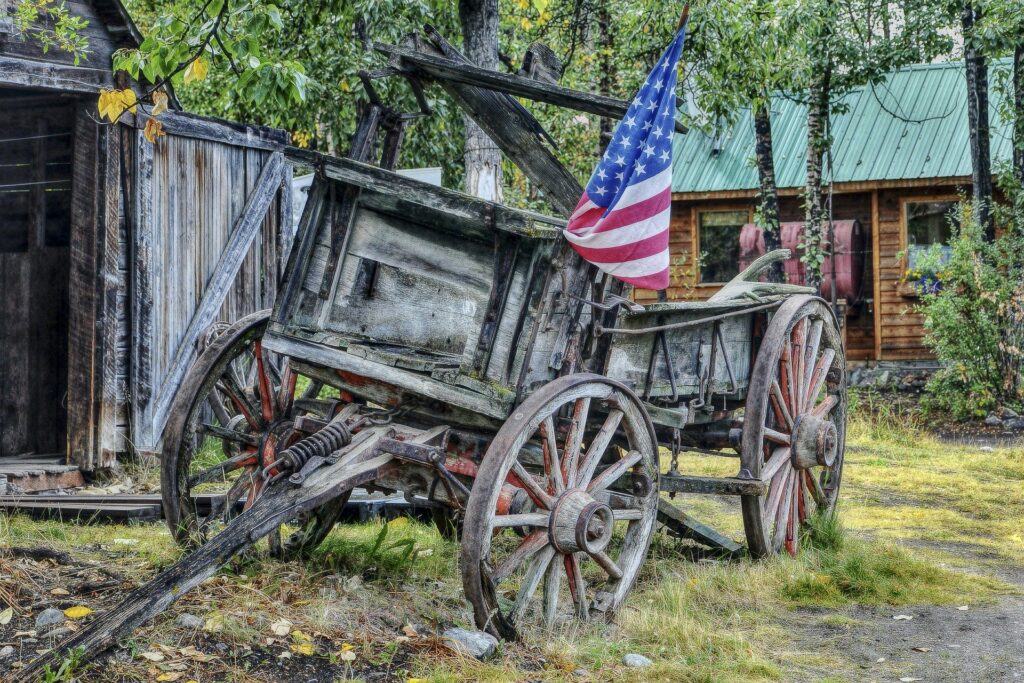 Those of us who so deeply love America, with all that its glorious Constitution means, increasingly see how perilous the present and the future has become for the survival of the nation that is the “land of the free and the home of the brave.”

For long decades, in the face of unrelenting Marxist hostility and aggression, loyal and patriotic Americans were nevertheless still imbued with a deep conviction of the rightness and righteousness of their cause.

Many still are and fight against unremitting and hostile influences that would consign the United States to the abyss, but far too many today have fallen away and been seduced by an overwhelming onslaught – not of military might – but by a war of ideas, however false and twisted those ideas are. The success of those lies has sapped the will of many and confused many more. Their brains have truly been dulled and they have forgotten that their nation is in the right.

We have all heard of the Big Lie theory that was so successfully enunciated and practiced by Adolf Hitler’s propaganda minister, Josef Goebbels. The theory essentially posits that people will believe in a lie if it is big enough and repeated enough times.

Goebbels knew that most people had a scant understanding of a situation but when they heard the same lie repeated again and again they would begin to accept unquestionably what was being told to them. Goebbels put it this way:

“The rank and file is usually much more primitive than we imagine. Propaganda must therefore always be essentially simple and repetitious. The most brilliant propagandist technique will yield no success unless one fundamental principle is borne in mind constantly … it must confine itself to a few points and repeat them over and over.”

The Socialists and Marxists among us have learned this lesson all too well for they have succeeded in doing what the years of Communist warfare by the Soviet Union failed to do. But relentlessly and surreptitiously they have isolated and indoctrinated the young in state schools and colleges as never before. At the same time they have demonized American history with the Goebbelian technique of the Big Lie theory.

So many in the mainstream media have become adept at smoothly repeating a few enormous lies, often wrapped in pseudo-emotion, that coerce uninformed but well- intentioned listeners and readers who then fall for the lies – hook, line and sinker.

A typical example is that of the propagandists – the so-called Squad consisting of the Islamists, Ilhan Omar and Rashida Tlaib. Along with AOC, they are given free rein by Nancy Pelosi to spew their odious bile and lies. As soon as one malevolent lie is exposed for what it is, these three women resort to the simple technique of moving on to the next big howler. And so it goes – an endless and unashamed armory of pernicious falsehoods and myths masquerading as facts.

And in the court of public opinion, the victim of those manufactured myths, America and often Israel, now become falsely marginalized and demonized.

Leftists and Marxists rush to embrace America’s foreign and domestic detractors, seeing through a dark mirror a warped comparison of the successful and creative American state with that of Lenin’s failed monstrosity of Communism. Add to this Ionesco like ‘Theater of the Absurd’ and we endure a mainstream media, which eagerly loves to be manipulated by Marxists and Islamists. Thus a perfect storm.

This then is the metaphysical challenge to conservatives and patriots in America as they resist both the violence of overt Antifa and BLM physical aggression and the equally diabolical violence of the poisoned pen and mendacity of the misspoken word.

The old aphorism goes: ‘Sticks and stones may break my bones but words will never harm them.’ Oh! But they do.

And the Socialists and Marxist apparatchiks have learned, just as Josef Goebbels knew, that if you lie about America and bear false witness against it, you prepare it for a dire fate that millions around the globe living in failed and corrupt states such as China, Russia, Iran, North Korea, Venezuela, ad nauseam will eagerly rejoice in.

Satan is busy. He hates the light of America. He hates the creativity, the progress and the freedoms that America spreads throughout the world.

He enjoys the ultimate absurdity that spews for example from the Islamic Republic of Iran as it calls the United States the ‘Great Satan’ and Israel, the ‘Little Satan.’ Oh, how delicious that irony must be to the real Satan.

But the dark forces of Communist and Islamic hate know that they will not prevail if they fail to extinguish the flickering candles of light in the world. America and Israel are those candles and will surely endure despite Satan’s quest to snuff them out.

For the first time in America, our history is not being taught in American schools. Instead young students have scant knowledge of how exceptional the country in which we live actually is, rather they are indoctrinated to despise the founders and belittle the magnificent Constitution those brilliant men fashioned. The battle lines are now drawn between ‘Progressive’ Socialism and the Republic of the United States of America.

You are either for big government, which has no regard for the ability of citizens to think, act, innovate, create and govern themselves, or you are for what our Founders so staunchly believed and conceived when they gave us a Republic … that Americans are entirely capable of managing their affairs based on principles of freedom.

America, since its founding, has stood tall against every assault and every enemy. This is not the time for us to despair. Rather, we need to go beyond simply recognizing today’s threats, foreign and domestic, and embrace the spirit of a nation that has weathered the worst our foes, domestic and foreign, have ever thrown against us.

Assaults against America continue today, both from overseas enemies and from within our own borders. Further, social media has acted as an accelerant for those seeking to divide us. Political operatives masquerading as journalists have used their platforms to further advance their cynical agendas, meanwhile too many activists masquerade in our public schools as teachers.

Sadly, this is not the first time in American history that “journalists” have sought to destroy the reputations of White House occupants such as Donald Trump. Abraham Lincoln in the 19th century was the subject of countless lies, but those reporters had no access to our 21st century Twitter or Facebook. The damage they inflict now on our nation is incalculable.

How sickening it has been to see Democrats decry President Donald J. Trump as if he was the embodiment of evil. Here was a man who raised the incomes of black Americans, who rebuilt our military and reduced unemployment to levels not seen in generations. Instead we have the papier-mache man who has already wrecked America in mere months with his more than 50 executive orders.

America is confronting those who should uphold their sacred Oath of Office but who instead are abdicating it. We hear all the time of politicians and members of the judiciary, who have solemnly sworn to “defend the Constitution of the United States against all enemies, foreign and domestic” but who too often evolve into the very enemies from whom they swore to protect us. Have you noticed how many political miscreants, primarily on the Left, are never held to account?

Overseas and internal enemies of our democracy are trying to destroy us, seeking the means to turn Americans against each other. Consider how North Korean hackers shut down Sony just a few years ago and how Russian based hackers forced Colonial Pipeline and the meat processing industry to hand over tens of millions in ransom.

What our nation needs now is the wisdom to reclaim conservative principles and policies, to vanquish both Satanic and Marxist ideas, and remain the hope of the free world.

Victor Sharpe is a prolific freelance writer and author of seven books including Politicide which details the 1,400 year old Islamist threat to Judeo-Christian civilization.