The Untold Story of Cain and Abel 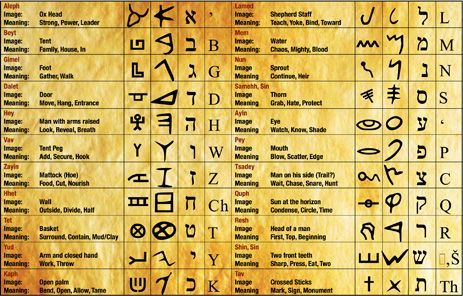 ← Dozens of Washington State Patrol Troopers, Corrections Workers and Others Sue Inslee Over COVID Vaccine Mandate Why Freedom Is in Serious Jeopardy →

We have all heard the story of Cain and Abel. Two brothers bring their sacrifices to God; Abel’s sacrifice is accepted, but Cain’s sacrifice is not. Out of jealousy, Cain take’s his brother out into the field and kills him. Because of Cain’s sin, he is branded with a mark and sent away. However, if we carefully study the text, we find that there is much, much more, to this story. 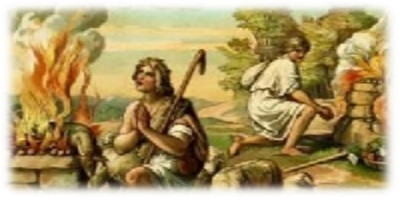 The word קין (qayin, from the root QN) means to acquire or possess something which is why Eve (chavah in Hebrew) said “I have gotten/acquired (qanah, also from the root QN) a man” (Gen 4:1). The word הבל (havel) means to be empty, often translated as vain or vanity in the sense of being empty of substance.

The Hebrew word for “name” is shem and literally means breath or character. In Hebrew thought, ones name is reflective of one’s character and the Hebraic meanings of the names of “Cain and Abel” are windows into their characters. Cain is a possessor, one who has substance while Abel is empty of substance.

This may seem odd to us, because we have always assumed that Abel was the good guy and Cain the bad, but this is an oversimplification of the facts, as according to their names, a reflection of their character, Cain is what we would call “a man of character,” but Abel is “vain.”

It is a well-known fact that Jacob and Esau were twins, but what is not commonly known is that Cain and Abel were also twins. In the normal Hebraic accounting of multiple births the conception then birth of each child is mentioned such as we can see in Genesis 29:32-33 where it states that Leah conceived and bore a son, and then she conceived again and bore a son. Note that there are two conceptions and two births. But notice how it is worded in Genesis 4:1-2.

Notice that there is only one conception, but two births. The Hebrew word for “again” is asaph, meaning to add something, in this case the birthing of Abel was added to the birthing of Cain. Cain and Abel were twins.

According to the Biblical text, Abel was a shepherd. The KJV uses the word “keeper,” but the Hebrew word ro’eh means shepherd. Cain is a “tiller of the ground.” The Hebrew word translated as “tiller” is o’ved, which literally means a “servant.” The word o’ved, is the participle form of the verb avad and the verb avad is found in Genesis 3:23 where it states that when Adam was expelled from the garden he was sent to “till” (avad) the ground. Therefore, Cain, who is the older of the twins, takes on the profession of his father, a very common occurrence in the Hebrew culture. I should note that while Adam, Eve, Cain and Abel are not Hebrews by definition, they are the forefathers of the Hebrew people.

When the two boys brought their sacrifices to God, Cain, the farmer, brought fruit from the ground he worked and Abel, the shepherd, brought sheep from his flock. We are then told that God had respect for Abel’s sacrifice, but not for Cain’s, but we are not told why Cain’s sacrifice was not respected.

Something of interest that can be gleaned from this story is that we often assume the first commands by God were given to Moses at Mt. Sinai, but this is evidently not the case, God gave his commands, or at least some of them, to Adam and Eve and their children and it is apparent from the narrative that Abel obeyed those commands, but Cain did not.

Because God did not respect Cain’s sacrifice Cain was angry and sad. Then God gives him some instructions. The first of these is; ” If thou doest well, shalt thou not be accepted?” God is telling him that he can overcome this; all he has to do in the future is bring the correct sacrifice, and all will be well. Then God says, ” and if thou doest not well, sin lieth at the door.” In other words, if you continue to bring me the wrong sacrifices, you will sin. Lastly God says, ” And unto thee shall be his desire, and thou shalt rule over him.” It is assumed by most that the “his” and “him” in this verse is “sin,” however, this is impossible.

It is important to understand that in Hebrew all nouns are either masculine or feminine. For instance, the earth is feminine, but the sky (heaven) is masculine and the word for fish is feminine, but the word for bird is masculine. The Hebrew word for sin is hhatah, which is a feminine noun. If the “his” and “him,” which by the way are the correct gender for the pronouns in the Hebrew text, were referring to “sin,” then the correct pronouns would have been “hers” and “her.” We can then conclude that the “his” and “him” are referring to something or someone other than sin.

Let’s take a closer look at that the last part of what God told Cain. Here is a literal rendering of this passage from the Hebrew; “and toward you is his desire but you will rule over him.” Now, let’s go back to the previous chapter (Genesis 3:16) where God is speaking to Eve about her relationship with Adam; “and toward your husband is your desire, but he will rule over you.” Did you notice that these two passages, aside from the gender of the pronouns and to whom the passages are referring too, are identical?

In the passage about Adam and Eve, Eve is to follow her husband and her husband is to rule over her. In the passage about Cain and Abel, “he” is to follow Cain and Cain is to rule over “him.” So who is the “he” and “him?” It has to be Abel. Remember that Cain was born first and is therefore, according to Hebrew tradition, the leader. But apparently, Abel is attempting to take over the leadership, possibly because he felt superior to Cain as his sacrifice was accepted by God. Also, don’t forget that Cain’s character was one of substance and Abel’s was one of vanity.

This is a pretty straight-forward passage, but it has been altered in order for it to make sense. It is not uncommon for the translators to “fix” the text so that it can be understood by the reader easily. In my opinion they do a disservice to the reader by hiding these problems. I am of the opinion that the translator should remain true to the Hebrew text and then footnote their opinions. The very first part of that verse actually reads, from the Hebrew, “And Cain said to his brother.”

What did Cain say to his brother? We don’t know, that is missing from the text. The King James translators fixed this by changing the word from “said” to “talked.” This may sound trivial, but you must understand that every time the Hebrew uses vai’yomer (and said) the conversation follows, but not here. At some point when the scroll was being copied, a copier accidently skipped over what was said by Cain.

Here is this verse from Young’s Literal Translation.

Young’s remains true to the Hebrew, but adds, “Let us go into the field.” Where did Young’s get this? From the Greek Septuagint, which reads as follows.

Where did the Septuagint get the “Let us go out into the plain?” We don’t know. Either they were translating from a Hebrew scroll that includes the conversation, or they “fixed” the text by adding the sentence in order for the passage to make sense.

The reason that I bring up this problem in the text is so that you will recognize that there is a problem in the text and we do not know with certainty all of the facts in this murder. But in any case, Cain does murder his brother and he is punished for it, which by the way, is more evidence that God gave his commands to Adam and Eve, long before he gave them to Moses, here specifically the commandment, “you shall not murder” (Exodus 20:13).

The first punishment for Cain is that he is will no longer be able to work the ground.

The second punishment is banishment.

Cain is distressed by this punishment and says to God, according to the translations;

This implies that there is no remorse in Cain and he is more worried about his punishment than the evil act he did to his brother. However, the Hebrew word translated as punishment is avon, which means “iniquity” or “guilt.” With this understanding, he is actually saying, “My guilt is greater than I can bear.” With this translation we see great remorse. Cain then continues to say,

It is often taught that the Old Testament taught Law and the NT taught Grace. However we find throughout the Old Testament instances where God shows Grace. The story of Noah, the exodus of the Israelites and many others are stories of grace and this story is no different as God grants mercy, grace and hope to Cain.

God evidently believed that Cain’s murder did not deserve death, either by his or anyone else’s hand and this may be a sign that there is more to this murder story than we are told. Don’t forget that the conversation between Cain and Abel is not known for sure and it is also possible that there are elements of this story that have not been passed down to us.

What is the mark that God placed on Cain? We of course cannot know with any certainty, but there are some clues. The Hebrew word translated as “mark” is the word ‘ot, which is used in the Biblical text for a “sign.” This word is also used in non-Biblical texts for a “letter,” as in a letter of the alphabet.

It is possible that the “mark” God placed on Cain was the letter tav and may also be a sign that God was in covenant relationship with Cain.

As I mentioned at the beginning of this article, if we carefully examine the text more closely we will find that there is much more to the story of Cain and Abel then most of us have been taught. I don’t have all of the answers; in fact, as I study the Biblical text carefully, I will usually wind up with more questions than I do answers. But this is what Bible study is all about. It is not about getting all the answers, it is about the search. It is not about the destination, it is about the journey.