The Vaccinated Are the REAL Super Spreaders 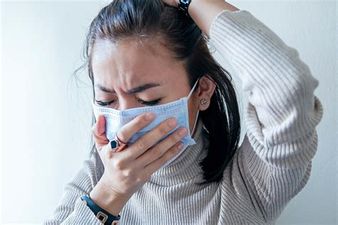 ← "The Vaccine is Full of Shit" Started A New Position (Yesterday) →

Leftists love to virtue-signal. And Wuflu allows them yet another chance to look down their noses at sane people.

You can’t rationalize with Leftists. They hate being wrong so much, they are willing to kill you. That’s not a joke.

Wuflu from the Leftist perspective has NO science behind it. Read that again, if you are a Leftist. The people who cry science for global climate farce, Wuflu ignorance, and pretend not to know when a human is a human (at conception) willfully showcase their ignorance routinely.

So what are the facts about Wuflu? This doctor explains it, even to the point where dumb ass Leftists should be able to understand it.

He begins with a simple premise that you won’t dare hear Leftists discussing.

Vaccines don’t keep anyone from getting infected. Their job is to keep you from getting sick. In fact, every good vaccine prepares your immune system to shut down an infection after it has gotten started. That’s because antibodies and T-cells live in your bloodstream. They can’t do a damn thing about a virus that hasn’t infected you enough to get into your blood. But once it gets there they can go to work, keeping the bug from hurting you. At least, that’s the theory.

Next, the good doctor explains how Wuflu goes to work:

Airborne diseases like COVID-19 don’t go straight into your blood. Instead, after you breathe enough virus-laden aerosols in, the air sacs in your lungs get a pretty good covering of virus. This doesn’t make you sick. But the virus latches onto the pneumocytes (the cells on the inside of the air sacs) and start making more virus. This means you can share with your neighbor. In fact, many vaccinated people actually breathe out as much virus as someone who is sick with COVID-19.

But you aren’t defenseless. Your air sacs have “alveolar macrophages,” specialized cells that use “Pattern Recognition Receptors” to identify the Wuhan Flu. Over time, they will clean out the air sacs. And vaccinated people seem to be infectious for a shorter period than unvaccinated.

The viruses that got into the pneumocytes will create more viruses, and some of those will find their way across the basement membrane (the barrier between blood and air in your lungs) into your bloodstream. Once there, if your immunity is good, your T-cells and antibodies will get to work. You may never even know you were infected. Of course, since the vaccine is only about 85% effective, you might get sick.

Still, the vaccine is running rampant; everywhere. Summertime numbers are usually low, because the Wuflu (like other viruses) is like a vampire…the sunlight kills it. And as anybody can research, the number of people who get sick from being outdoors is practically zero.

Recirculated air and little UV light protection causes the Wuflu to lie dormant. It can survive inside for hours or days. The vaccinated tend to be the most paranoid, and thus remain indoors. These people are petri dishes for the virus, who shed the virus in the air through the very air that they breathe.

And as I’ve said many times on my radio show and elsewhere, the masks are as useless as a screen door on a submarine.

The author describes a vaccinated person whose body is fighting Wuflu as “breathing out as many as 100,000 virus particles a minute. You only need 100-1000 in your lungs to get you infected. You aren’t wearing a properly fitted fresh N-95. That means the virus gets to you easily. Both masks were nothing but virtue signaling. Their only real possible value is as bling. Neither mask provided any material protection. There was no source control on the other guy and no exposure control for you.”

The real problem: the vaccinated are causing the outbreaks.

As with the Superbug Problem that caused many antibiotics to be ineffective, such is the case with Wuflu.

A few years ago we were all worried about bacteria that couldn’t be killed with antibiotics. They were so deadly that anyone who “caught” MRSA or C-Diff was doomed. But you don’t “catch” those bacteria. They are common. In ordinary circumstances, they compete with so many other bacteria that they are a non-event. If you kill off all the other bacteria with antibiotics, MRSA and C-Diff are what’s left. Now you have a problem. You didn’t create the bugs. You created the situation where they could take over and kill your patient.

We fixed this problem by severely restricting antibiotics. I got three days of an old drug after my shoulder replacement. That’s it. I wasn’t on cefazolin any longer than absolutely necessary, and it didn’t have time to wipe out a lot of bacteria in my body. MRSA and C-Diff never got a toehold.

Vaccines are doing exactly the same thing, just with COVD variants. The Pfizer, Moderna, and J&J vaccines provide immunity to the alpha variant spike protein. Because viruses are constantly mutating, there are dozens of variants. We hear about the Delta, but Lambda and Mu are already in the wild. Each one of these has a slightly different spike protein, making your immunity not so good. But if you recover from COVID, you also have immunity to other parts of the virus, such as the nucleocapsid and envelope. The Fauci ouchy doesn’t help with them. That’s why your immunity after recovery is much longer-lasting and robust than after the shot. It also explains why Gibraltar, with a 99% vaccination rate, is having huge problems with COVID variants. It’s also why getting a booster coding for just the alpha spike is stupid. You need immunity to the whole virus.

Simply put. Those with natural immunity are the best cure for Wuflu. Next, herd immunity works best, not Big Pharma substitutes.

Big Pharma is being rewarded by trillions of dollars. They in turn kick back part of their profits to politicians and other bureaucratic frauds like Fauci.

The doctor sums up his explanation:

“…the CDC and FDA are totally invested in expensive vaccines that cause myocarditis, strokes, miscarriages, and other major complications. They have not only refused to endorse any prehospital treatment whatever but they are also actively discouraging effective protocols, such as the $8 per person treatment that stopped the Delta variant in India. One has to wonder if it’s because it uses Ivermectin, an incredibly inexpensive drug with very little toxicity.”

By now only a fool can’t see what’s happening with this Wuflu ruse. Thanks to the good doctor for simplifying things a bit.