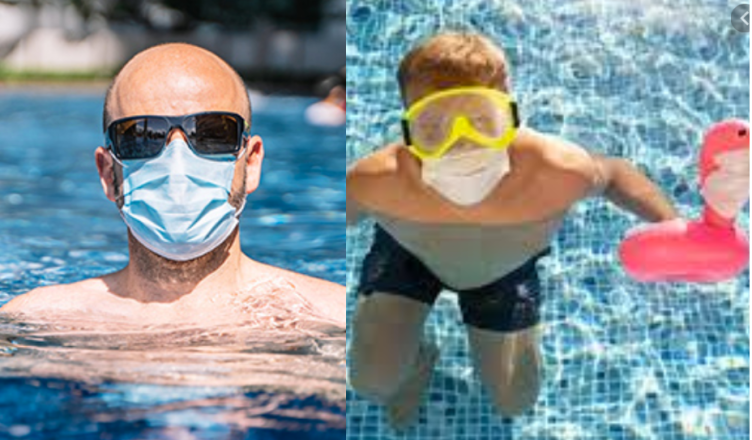 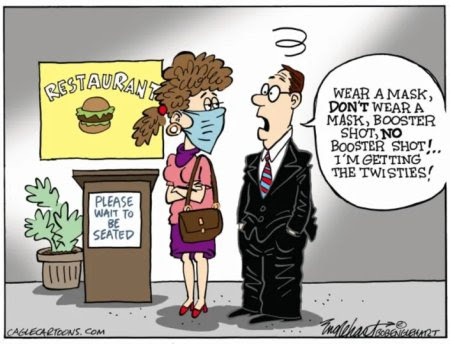 A good friend of mine recently heard chilling tales of what has been happening to people living in Shanghai, China. In short, the entire population was forced into a seemingly endless and draconian COVID-19 lockdown in which food supplies were dangerously inadequate. For instance, families have been forced to remain in their homes indefinitely.

In one case, the Communist Chinese regime only allowed food for a family of four to last them four days. Even worse, it consisted merely of a single chicken still with its head and feathers on. Another family received a single apple to also last for an entire four days. News reports now claim that the Chinese Communist authorities have begun easing their harsh and severe lockdown policy. Nevertheless, the toll on the health and lives of Shanghai’s residents must have been horrific and may have implications worldwide.

The same Chinese Government has begun clamping down on which foreign airlines are permitted to fly into Hong Kong, the once British colony whose residents now live in a dystopian nightmare. Only one flight was allowed to arrive recently on a single day – a plane from Dubai – which is indicative of the growing support given by the Arab world to Communist China and its outrage towards President Biden’s love affair with the Sunni Arabs’ mortal enemy and the world’s worst terrorist state: Iran.

Indeed, many Arab states refuse even to accept phone calls from Biden because of his irrational support for the insane Iran deal which threatens not only Israel but much of the Arab gulf states with terrorism and future nuclear aggression. Indeed, Saudi Arabia may soon begin to conduct business and trade using the Chinese currency instead of the U.S. Dollar.

Meanwhile in Shanghai’s exposition center, and in other large buildings, the Communist Chinese Government (CCP) has created quarantine centers reminiscent of concentration camps in which, according to reports, there are no showers and bright lights are kept on 24 hours a day.

In a report in the Wall Street Journal, a 30-year-old Ukrainian by the name of Jane Polubotko who had tested “positive” for the latest strain (BA.2) of the Omicron variant – or what we should call the Fauci Flu – was forced to stay in one of the quarantine centers. She said that she never saw darkness the entire time and thus could not sleep. She, and scores of strangers, were confined to a large room, which had been provided with mattresses for the captives to sleep on. Ms. Polubotko told The Wall Street Journal that she spent 18 days without a shower and sanitary conditions were minimal because of the forced confinement.

The Chinese Communist Party (CCP) calls this quarantine facility and others like it a “fangcang,” or square cabin. It is a makeshift hospital, of sorts, that supposedly handles “cases” in order to prevent more disease “transmission.” Like most people who test positive for what we might prefer to call the Wuhan Disease, Ms. Polubotko never actually got sick. Even so, she was forced to remain inside the facility for nearly three weeks against her will.

The Wall Street Journal reported that, “Shanghai has built more than 100 makeshift hospitals with a total capacity of more than 160,000 beds for COVID-positive individuals with mild or no symptoms, according to state media.” But Covid has now diminished in much of the West, which is why the situation in Shanghai is so abnormal and disturbing.

In early 2020, much of the mayhem during the pandemic’s first round in China, eventually trickled its way into the West. If history is any indicator, what is happening in Shanghai could be another potential lockdown plan. The question then is will we in the West stand for it? Hasn’t China done enough damage to the world?

Americans cannot let the Biden government impose another lockdown – with or without the compulsory wearing of masks – under any circumstances. We already endured for two long years the terrible harm to our lives, especially to our children, from government decree only to discover the government’s reason for imposing it proved to be a lie. So that brings me to the question of what is the future of wearing masks and will the ‘Fauci Flu’ and the CDC rear its head again?

I see individuals and couples walking in the fresh air, often with fifty feet separating them from anybody else. I want to ask them politely why they still wear masks when they cannot be infected under those circumstances. I want to tell them that, after all, they are in danger from breathing in their own recycled carbon dioxide. Also, didn’t Fauci first say that masks were useless? But I restrain myself from confronting them even though I watch in growing incredulity.

It is known that stupidity is something that accompanies humanity. Someone once said that even the greatest geniuses in history have been stupid in areas of knowledge they did not master. We can briefly say that stupidity is the sum of two factors: ignorance plus innocence. This now manifests itself in the stupidity of wearing a facial mask.

No one is obligated to know how a facial mask will work to prevent the transmission of a virus. Knowledge about virology and epidemiology is limited to a small group of professionals. So, most people were ignorant in the beginning of the pandemic to the risk of something called a coronavirus. In the face of this ignorance, most in government and the media were far too innocent to the point of trusting Fauci to provide them with the knowledge they lacked. It was at this point that stupidity manifested itself in the widespread use of facial masks, especially when Fauci reversed himself and began urging us all to now wear masks.

Given that masks are useless to prevent the transmission of a virus, wearing a facial mask because “authorities” or “media elitists” told them to do so is tantamount to the stupidity of falling for a trick perpetrated by a clever conjuror or a scam artist.

What usually happens to those who fall for a scam is that they learn a lesson. Hopefully, they never fall for the same trick or scam again, but if they do, they are not just stupid but complete idiots. The same reasoning applies to facial masks. If, after so long, a person doesn’t realize he or she has been tricked and continues to wear a mask, it’s no longer stupid but becomes total idiocy, just like the couple wearing masks with no one around them, or a single person driving a car and wearing mask. And this brings me to government control over people’s lives and how free expression is increasingly suppressed by the leftwing Biden Administration.

The Left loves to suppress what it despises:

The Left loves to suppress free speech which it disagrees with, especially if it comes from medical professionals and scientists who oppose Marxist’s views. Once upon a time liberals would defend one’s right to speak, even if they disagreed with what was being said. Sadly, that time no longer exists.

The Left loathes personal freedom, and it hates people being happy when it isn’t. If we didn’t have the blessed benefit of a First Amendment, we would probably all be in re-education camps and mental gulags. But nowadays government speech suppression is aided and abetted by media intimidation, public shaming, gaslighting, and Big Tech ideological allies like Twitter: ad nauseam.

Leftists and Marxists have always hated individualists who are critical of an all-powerful State. When government was given the power to force us to cover our mouths and noses with masks (thus turning us visually into faceless clones) that control became so intoxicating to the governing elites that they may well apply it against us again and again. And they will!

He has been a broadcaster with KBPS radio, and has authored several books including a collection of thirteen short stories under the title The Blue Hour, each with surprise endings. He is also the author of nine ghost stories and a delightful children’s story book titled Dragon Rake.