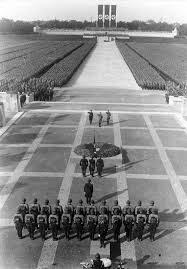 ← The first Thanksgiving took place in the land of Israel more than 3,000 years ago. Ballots Were Watermarked, Really? →

We are battling two very aggressive opponents. One is the fear of dying, the other, the fear to speak freely.  Death is going to happen to everyone one of us. Those who are afraid of death consider this to be the end of life. To me, death means the end of a curse and the beginning of living outside of time or as the ancients would have called it, eternity! I think the Christian concept of satan is out to lunch while mankind does what it has always done. AOC and Bernie Sanders come to mind!

My website is all about being unafraid of men!

The people in Communist China are afraid, so too, are many within Islamic countries. They are afraid of being murdered, tortured and imprisoned. Many are fearful of what would happen to their families and or way of life. These people live in fear, under the control of tyrannical, corrupt governments. 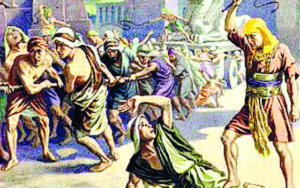 Ancient Israel was born due to being freed from the largest, most powerful nation on the earth at the time, Egypt. The Pharaoh’s enjoyed a sort of elitism and self-aggrandizement that is best described as the epitome of being born with a silver spoon. The totalitarianism of the ancient world is what we call dictatorship today. Nevertheless, the cry for freedom always echoes through the pages of history and before the throne of Almighty GOD

Exodus 3:7 Yahweh said, “I have surely seen the affliction of my people who are in Egypt, and have heard their cry because of their taskmasters, for I know their sorrows.

Little by little the people, born out of Abraham and Sarah saw their freedom taken from them. Over the course of many years and due to fear, slavery and brutality an historic event occurred, The Exodus!

Just the other day I was speaking with two friends who I have not seen for several years. During our reunion if you will we spoke about people being afraid. They have friends and so do I who have lost their jobs because they spoke out against Covid-19 masks. I know people who are fearful to stand up for what is right, what is decent. Many are afraid of retribution in one form or another. They spoke about how saying anything against Black Lives Matter was an absolute, “Don’t Go There” if you want to keep your job. A couple of examples were shared of people who had lost their jobs because they did just the opposite. Like me they agree, Black Lives Matter can go straight to hell! 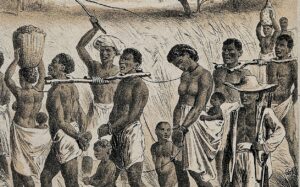 Political correctness opened a Pandora box that the Pilgrims closed when they landed in the New World! Their prayers were heard and GOD gave the land to a people who would fight for freedom. The story of the Pilgrims is not what we all learned in school, the same can be said of the slave trade. Infact, many schools today teach the Holocaust did not happen. When we erase the foundation something will fall. The early church did the same thing to the story of Israel. Again, mankind can corrupt a ham sandwhich! What we learned in school is revisionist history presented by the type of folks the Pilgrims left England to be free from. The people who agree with controlling others are very historic as well. They exist on every page of human history too! The pilgrims taught the bible not, Christianity (Ouch!)

Sort of like the people screaming “Crucify Him” several hundred years before Plymouth Rock.  I call those people Bernie Sanders supporters or the Hillary Clinton faithful today.

The power to create a universe or planets is a far cry different than the power that supports tyranny. This power is fearless and has no competition. It is not worried about the end game nor is it worried about defeat. My fearlessness comes from this source, an eternal source. I think of all of the folks who changed the world because they aligned themselves to the power that supports freedom, righteousness, justice and life……

For me, death is the beginning of eternity. How I die depends a great deal on how I live. Did I fight along-side of the power that creates planets or did I do absolutely nothing? Did I allow the passage of time to undo what ancient Israel did, the pilgrims did to where I am afraid to live free? If we don’t stand against the Bernie Sanders supporters….we lose! You see, they want the power that controls people! Millions of African people were freed because of what others stood for, fought for! 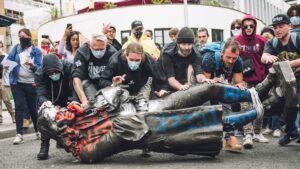 America is living under corrupt, tyrannical government! What happens next has happened before? So too, have those who support tyranny, erase history, practice lawlessness and who enjoy controlling the lives of others! If I have any fear at all it would be this:…that our country is out of covenant with the one who responded to the prayers of the Pilgrims.