Abraham and, “The Kingdom of Heaven” 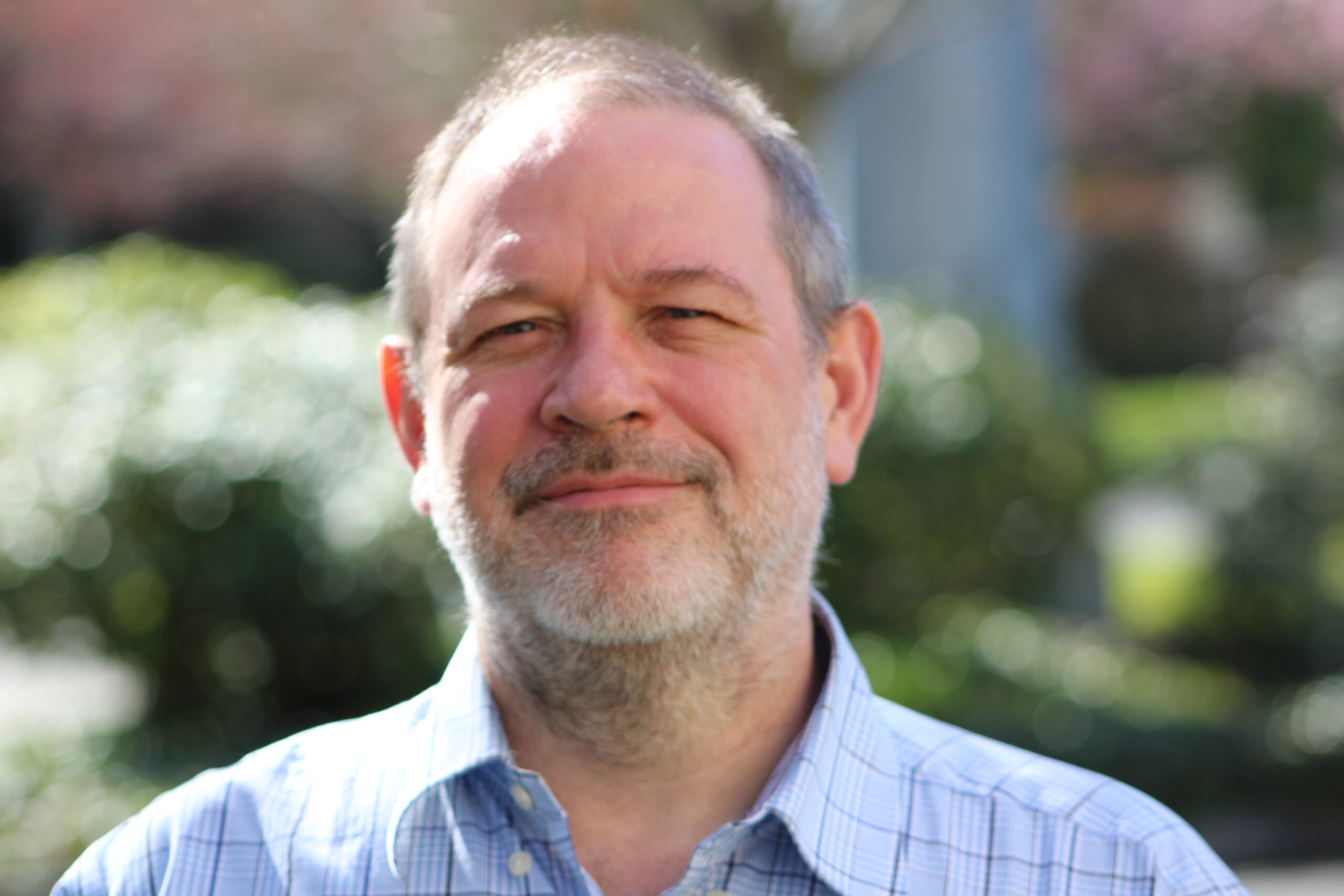 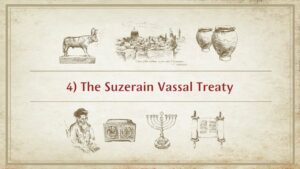 I have been considering THE KINGDOM OF HEAVEN while reading the Bible, going through Torah portions etc., Questions keep jumping out at me! I had already learned a little bit about Suzerain-Vassal treaties, and the words used to describe the various parties and their roles.  In summary, a Suzerain is a great king that has nations subject to him. Treaties that made by the Suzerain who would be considered the protector of the lesser kingdom (vassal).  The Vassal would pay tribute or taxes for protection against other enemies and for trading rights within the kingdom.  As long as the tribute was paid the vassals loyalty was established and the protection could be called upon.  In these relationships the Suzerain or Great King was called Father, the vassal king was called son, and the loyalty was referred to as love.

Americans don’t have a King, we therefore have to look into our history to understand the relationship that the colonist rejected. The colonies were tired of paying taxes, tired of oppressive ruler-ship. They were no longer loyal to the crown and wanted to establish their own sovereignty.  We have borrowed some of the terms when we talk about our founding fathers. These men were not our actual fathers, at least for most of us, but they were figurative fathers.  When we say George Washington was the father of our country, he was just the first president or leader we had.  Our government was not a kingdom with colonies but, we formed a presidential office and ultimately, fifty states.  Each state is in effect a vassal of the federal government and the president is our suzerain.  The ancient world would have understood our construct.

Transitioning back to my Bible reading-

I noticed that in the book of Matthew, Matthew provides the lineage of Jesus or Yeshua all the way back to Abraham. I believe he was establishing Jesus’ natural line to the throne. However, and what is striking to me is-why not just show the line going back to David?  Why go all the way back to Abraham?  Perhaps it is because Abraham was given the promise of being the father of many nations, his offspring as many as the stars if you could count them. We never think of Abraham being the beginning of the royal line. A question popped into my head, ‘Why go back to Abraham to establish it?’ This had me thinking of the current situation within our country. Riot occurring, people looting stores, -as I was listening to both sides of the conversation I realized that perception is reality.  When you live month to month for example, you don’t always have the ability to see a way out. Those who live in poverty, are dependent on food stamps or some other government resource. I would posit that many don’t always see opportunity.  As a result, perhaps, immigrants usually fare better than those who have lived dependent on government assistance?  I think it is a mind-set or possibly another form of oppression imposed of the citizens Immigrants see our country as a land of opportunity, those who have been here a while don’t.  Maybe the best thing we can do to help people is to help them see opportunities.

Anyway, back to Abraham-

I believe after GOD told Abraham he would be the father of many nations, he came away with a new mind-set.  Perhaps Abraham lived as if he were King. Let’s look at a few circumstances that will support the case.  Before we go on, let me say that I don’t think you have to agree with me, I am writing this to get you to consider the possible implications.  We see that when Abraham went down to Egypt due to the famine asked Sarah to say she was his sister… This never made any sense to me on the surface, but what would make sense is that if Abraham was considered a King… he had many fighting men at least 310 when he went to save Lot, we know he brought men with him when he left Ur.  So what would happen if Abraham the King goes to Egypt and asked Sarah to say she was his sister?  The two kings could form an alliance and Sarah could marry into the royal family to seal the deal.  Now Abraham and the king of Egypt are allies.  It also makes sense that when the king of Egypt finds out that she is already married, the arrangement was made in false pretenses, and would give some sort of pay off of servants, camels, donkeys, sheep etc. and send Abraham away.

Later we see Abraham and Lot are so wealthy with animals etc. They need to divide their existence as sharing pastures was too difficult. Lot heads to Sodom and sometime later 4 kings come and sack the 5 city kings of the region of Sodom, Gomorrah and the other cities and take lot and his family away.  We see that Abraham and his 310 men go after them and defeat the 4 kings and take everyone back including the king of Sodom.  So how does a man with 310 defeat 4 kings?  Either Kings in those days were fairly small city kingdoms, they banded together to defeat the 5 kings.  Why did they need to go capture them?  Did Sodom and the other cities stop paying tribute?  Why did Abraham go after them?  Could Abraham be obligated to go get Lot?  Perhaps they had formed a covenant or treaty with each other.

Covenants in those days were used in a ceremonious way to show the depth of the agreement.  A cow, a goat, a sheep and birds would be cut from nose to tail and divided into two halves.  One side would be laid on a slope and the other half on another slope with a ditch in the middle collecting all the blood.  An agreement would be made, and the two parties would walk through the middle of the pieces right through the bloody ditch to symbolize that if they did not live up to their agreement then they could be killed just as the animals were.  This covenant structure was used in marriages, treaties between two parties, making vows, selling properties and any other legal procedure.  Today we sign our signature on marriage certificates, promissory notes, legal documents, but Genesis begins with covenants. There was almost always two witnesses to the covenant… We still have witnesses used today. What a concept! I think Abraham, functioning as a King, was obligated to fight for Lot because they had formed a treaty of protection with each other, whether this was actual or implied.  Also I believe Abraham and Lot were functioning as Kings in that they had assembled an army of fighting men, who may have also been servants or just loyal to them somehow.

When Abraham is about to die and sends his servant Eleazor to go find a wife among his people in Haran.  First, notice the city is named after Haran. Does this imply he was the King? Also, notice Eleazor takes camels and jewelry to place on Rebecca’s nose, ears, and bracelets…This seems more than a simple man’s dowry.  Anyway, this suggests at least some wealth was held.  We also see the promise GOD made to Abraham extended to Isaac.

What was worth killing over? 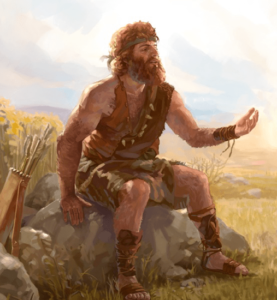 When Isaac blessed Jacob instead of Esau and Jacob had to flee because Esau said I want to kill him for taking my birthright and blessing.  Even twenty years later and after Jacob had fled, married Leah and Rachel, was enslaved by Laban all that time, he was still afraid of Esau.  Now if this was just the birthright and blessing of a serf no one would be threatening to kill the other. There was likely more at stake, such as the royal line, and who would serve whom.  Listen to the Blessing in Genesis 27:28 and 29–

“May GOD give you of heaven’s dew and of earth’s richness- an abundance of grain and new wine. May nations serve you and peoples bow down to you. Be lord over your brothers and the sons of your mother bow down to you. May those who curse you be cursed and those who bless you be blessed.”

The passage sounds like a royal blessing in a way.  You will find later that when Jacob comes back to the land of Canaan he sends his family in groups ahead of him to meet Esau’s 400 man army, and he instructs his people to say your servant Jacob says to my master Esau… Eight times he brings gifts of animals and flocks almost as if trying to reverse the terms of the blessing.  In any case, we know of many kings and heads of state being killed in order for another to take his position. So, for me, it makes more sense that Esau would harbor a grudge twenty years from seventy seven to ninety seven over a kingship rather than a blessing.

Moving forward, what about Joseph?

We see the need to kill the brother again.  Joseph has these dreams saying, “Your sheaf will bow down to my sheaf” The reaction was not received well- {don’t you love it bros-not so fast Joe, we will show you.} The elder b

rothers want to kill little Joe but ended up selling him to into slavery. They put goat’s blood on the royal coat of many colors, tell their father Jacob his son must have died, and little Joe is farthest from the King he is the slave… But everywhere he goes he is put in charge. Eventually being put second in command to Pharaoh.  Sounds a bit like being the head vassal to the suzerain Pharaoh.

Maybe there is more here about the Kingdom rising from Abraham than we first considered. Maybe Matthew wants the Jewish and the early followers of Yeshua to understand that by being a follower of Abraham, where the kingdom was promised, actually sets in motion Royalty? Maybe the events birthed from the covenant, made with Abraham, was about the Kingdom of Heaven being established here in the earth?