The Law & The Lawless: A Civil Unrest Growing! 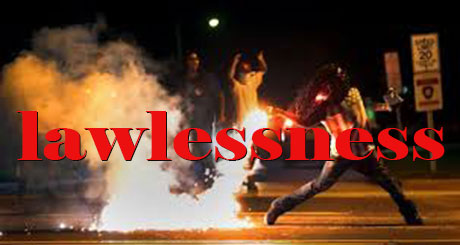 ← Abraham and, "The Kingdom of Heaven" The Four Horsemen of the American Apocalypse →

My entire spirit is watching our nation physically divide. We are far beyond the never ending assault on the US Constitution. The nation is ripe for increased rioting and civil unrest far beyond the Vietnam war, the racial unrest of the late 50’s and 60’s. We are in a situation over the election that really amounts to, “Damned if we do and damned if we don’t”

In other words, if the Trump administration succeeds in undoing the theft of the election (Yes, THEFT) the Anarchist crowd, the Black Lunatic Matter-folks and the Communist Chinese Government, the Iranian Government and the Russian Government, not to mention the George Soros minions, the AOC crazies, and the BURN dolts will turn the streets of America into what they love the most, CHAOS!

The folks in uniform who protect our nation may very well be fighting our citizenry in the streets. Of course, the standing army that Hillary Clinton calls the despicables will be protecting property and the right to defend with a sort of grimace. These folks are itching to bang some heads and shoot looters!

If the Trump administration fails to, “Stop the Steal” (Yes, STEAL) well, the “GOD and Country folks,” like myself will face witnessing the destruction of the US Constitution. Not sure what will happen if the silent majority does something. Have not seen that happen in my life time?

Some of us are thinking, “Good-Bye 2020!” I think 2021 will be possibly worse!…Has anyone really considered long term side effects of the Covid vaccines that are pouring out of a recipe bag of unknowns? We may end up with a real, live, Zombie Appocalypse!