The Four Horsemen of the American Apocalypse 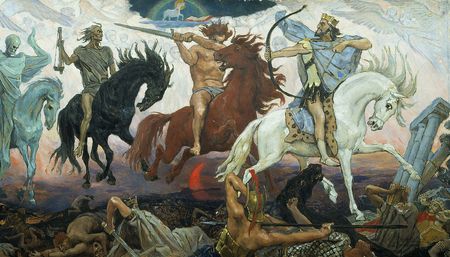 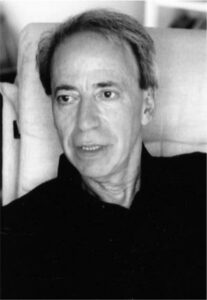 “In our “time and setting,” one might think that we are witnessing the last days of the American Republic, following massive electoral fraud, the suppression of facts by the media, the ubiquitous practice of censorship by the tech platforms, and the (so far) pusillanimous refusal of the courts to rectify the greatest electoral scandal, by several orders of magnitude, since the defeat of Andrew Jackson in the “corrupt bargain” of 1824.”

Given the cultural forces that have been at work undermining the joists and beams of the nation, the impending calamity comes as no surprise. The four horsemen are riding again, and their names are Feminism, Climate, COVID-19, and the Democratic Party.

Feminism sits astride the white horse, obviously, crowned in ostensible purity. This destructive and malicious ideology of spurious “equality” has dissolved the vigorous masculine spirit that has long sustained the greatest nation on the planet, and it shows no sign of relenting. A nation that has been radically feminized will not survive in the carnal jungle of politics and war. As Michael Ignatieff writes in The Lesser Evil, “liberal societies cannot be defended by herbivores. We need carnivores to save us.”

Climate, aka the red horse of Global Warming, is taking the peace of daily living from domestic assurances, depriving the country of reliable sources of energy, fouling the landscape, polluting the environment, empowering a class of robber barons profiting at the expense of the people, and establishing infrastructural control by a cadre of demagogues—it could also be called the green horse. (Watermelon environmentalism: green on the outside, red on the inside.)

The black horse of COVID—or, more accurately, the official response to the virus, replete with false information as the points out—has panicked the populace, led to misguided draconian measures, caused shortages of consumer goods, promoted the manifest injustice of elite immunity to law, inflicted disproportionate suffering and increased lethality, and facilitated mammoth economic collapse from which there may be no full recovery. The black horse has trampled the nation’s prospects for both the present and the future.

And the Democratic Party, charging on the pale horse of corruption, lies, calumny, hypocrisy, vandalism, corporate welfare, racial conflict, electoral treachery, the murder of innocents called “abortion on demand,” and totalitarian principles associated with socialism, communism and Islamism, followed by the Hell of the Press, the academy, the jesters of Hollywood and social media, has plausibly ensured the ideological transformation of the Republic into the two-headed Babylon of secular idolatry and political control, or alternately, the Roman Empire of harassment and persecution. In any case, it signifies the Death of legitimate governance.