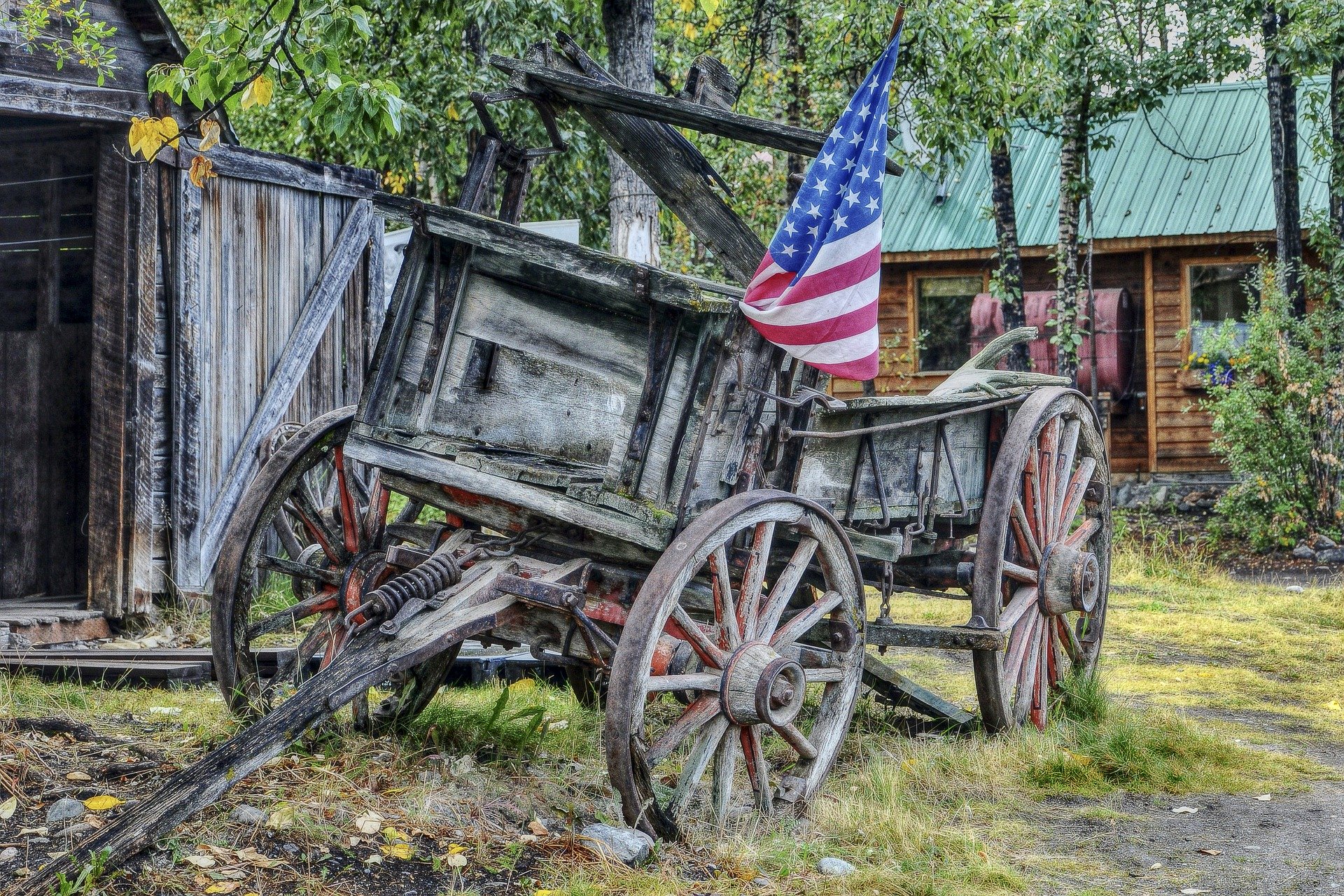 Trump is a strong man. He’s fighting against every evil. He doesn’t cower or hide from the Communist Chinese, the Russians or the irrational Iranian mullahs. Trump is a strong leader who loves America and Americans. But President Trump has fallen victim to a massive election fraud based on how mail-in ballots were manipulated and by the relentless propaganda campaign launched against him from a biased and deeply compromised media.

To underline who the enemy President Trump is fighting against, please consider watching a magnificent video produced by the Epoch Times, which reveals the insidious war that is being waged against the very survival of the United States of America by the enemy within.

In the opening words of the video, titled The Plot to Steal America, which can be seen at https://youtu.be/rXtGItm1bvQ the narrator echoes the words uttered in 1956 by Nikita Khrushchev, the then leader of the Soviet Union, in which he said: “We will take America without firing a shot. We do not have to invade the U.S. We will destroy you from within.

This then is a deadly virus, an invisible enemy, leeching into our body politic through corrupt people of power and influence and through a media which no longer reports objective news but resorts to grotesque manipulation and propaganda favoring just one party: the increasingly Socialist, Marxist and Islamist Democrat Party.

Consider this: In the 2020 election, President Trump received some 10 million more votes than in the 2016 election. Much of this remarkable accomplishment came from the support minorities in America increasingly gave to a president whose policies were benefitting them and all Americans. It was thus evident that each minority in the U.S. turned out to vote for him in greater numbers in 2020 than in 2016 and this occurred despite the fake media working tirelessly to ridicule and demonize not only the president, but those very constituencies that had increased their votes for him.

Trump’s style, his tweets and mannerisms are sneered at by the Trump haters and Never Trumpers, be they the Hollywood poseurs, the preening intellectuals, the radical teachers union and the media mavens who in lock step also deride the president as a “narcissist.” But, as I have written before, it is not the way he speaks or acts. It is what he accomplishes that marks the man. Winston Churchill was also hated by many in the British establishment of his day because he often spoke both crudely and undiplomatically. There are times when such niceties as diplomacy doesn’t cut it and a strong and assertive leader as Churchill was during a fateful period is vitally necessary. Trump is that man and God bless him for it.

Of course the Trump haters all hid the fact that in every one of his speeches Trump routinely referred not to himself but to we Americans. They hid the real narcissist, Barack Hussein Obama, who has published three books – all three about himself. Now that’s true narcissism! After all, would tens of thousands of average Americans turn out for every Trump rally and chant “We love you!” for a narcissist?

Let us take note that President Trump donated his entire salary of $400,000 each year while in office and told his children to pause all real estate business to avoid conflicts of interest. Compare that with Chelsea Clinton and Hunter Biden who allegedly became wealthy selling access to their parents. Compare Trump and his children to what so many are now calling the Biden crime family. Does a narcissist give up so much personal wealth for the goal of Making America Great Again?

After telling us in 2016 that Trump would need a magic wand to increase jobs, Obama later tried to claim credit for Trump’s sensational job-creating economy. Here’s what was written back then about Obama:

“Barack Obama won’t listen to anyone and as the world falls into chaos and disorder, he can’t see reality because he is a narcissist who only cares about fundamentally transforming the United States. Obama has half the nation on government entitlements/subsidies/payouts and has successfully divided us into a nation of takers and givers. He is making us into an image of himself and his ideology. “He has created a welfare state whose sole purpose is to forge a majority political coalition wedded to the Democratic Party. His open borders policy has the same goal.”

The wretched and corrupt news media (aka the Fourth Estate) has year after year committed not only the sins of commission but the sins of omission. Thus Democrats who overwhelmingly receive their news from ABC, CBS, NBC, CNN and MSNBC wallow in sophomoric ignorance. Up to 17% of Biden voters said that if they knew how Trump was ill treated by the media, from the time he announced his candidacy for president, they would have changed their vote. How many of us who have lost dear friends who embraced Fake News found that they had tragically fallen prey to Democrat propaganda and become deeply antagonistic towards President Trump? Not surprising when 90% of the media they watch is profoundly negative against the president.

And now it has finally been announced at this time of writing that President Trump’s Operation Warp Speed may result in up to 20 million Americans receiving the vaccine before the end of 2020. This incredible fact, plus his mastery of peace in the Middle East, should earn our remarkable president the Nobel Peace prize several times over. But don’t hold your breath! Since 2016, Democrats have refused to accept President Trump as a legitimately elected President. They tried to steal the election through a false Russian dossier. Now the same Democrats may yet have successfully stolen the 2020 elections by suppressing any and all news that went against their candidates.

Of course, they committed fraud with the gleeful assistance of their propaganda apparatchiks in the entire leftwing media. We must add to that the sins of the social media giants, Facebook, Twitter, ad nauseam, who censure conservative speech and thus rip the First Amendment to the Constitution to shreds. And now Democrats are demanding that so many of our effete Republicans simply accept the questionable election results without a murmur or a challenge.

We must pray and hope that enough Republican lawmakers will instead have the intestinal fortitude to fight like they have never fought before. But if they quiver, and then fail both President Trump and the 75 million plus Americans who voted for him, a new iron curtain will descend upon America and the world as we know it.

Obama will be smiling in his multi-million dollar mansions and Khrushchev will be beaming in his grave.

Victor Sharpe is a prolific freelance writer with articles and essays published in many conservative websites including American Thinker, Renew America and Canada Free Press. He has published some seven books including the four volume Politicide which details the 1,400 years old Islamist threat to Judeo-Christian civilization. Victor who is an accomplished musician has also written a popular children’s story and coloring book titled, Dragon Rake.