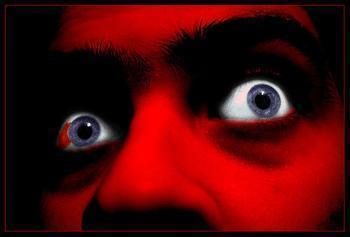 John 6:59-61 He said these things as he was teaching in a synagogue in K’far-Nachum. On hearing it, many of his talmidim said, “This is a hard word — who can bear to listen to it?”  But Yeshua, aware that his talmidim were grumbling about this, said to them, “This is a trap for you? (Offensive)

None of the conversation above would have involved Christian exegesis or Western doctrine and theological interpretation. All would have taken place within a very Hellenistic society. The idea was to return to what Moses was gifted and certainly what Noah would have understood….long before Israel but because of Israel!

Isaiah 42:6-7 I the LORD have called thee in righteousness, And have taken hold of thy hand, And kept thee, and set thee for a covenant of the people, For a light of the nations; To open the blind eyes, To bring out the prisoners from the dungeon, And them that sit in darkness out of the prison-house.

I put this together not to put down Christianity but, to ask all of you to consider the historicity and to also consider how the church was influenced away from the culture and context from which the Disciples and Paul, (all of who were Jewish) would have fostered the hope for the people to return. To return to covenant relationship with Almighty GOD (The order of his government). Furthermore, for Gentiles to understand better what being grafted into the Kingdom of GOD through Israel (and the Lion of the tribe of Judah) under Temple Law (Government) meant. None would have understood becoming a Christian when writing their gospels or letters. They would have understood better the obligation to the covenant(s) that GOD granted to all of mankind.

I was baptized at Bible Temple (Portland, Oregon) 40+ years ago. About 12 years ago I was stopped at the front door with my family (At a satellite location in Vancouver, WA) one Sunday service. The leadership thought it would be best if my family and I worshipped elsewhere saying, “We believe that the Church replaced the Jews 2000 years ago through Christ” I was stunned as we walked away! You see, I was returned to the original concepts which they were fully rejecting 2000 years later

Brett Younger wrote: “Historically, the church has contributed a particularly ugly strain of anti-Semitism. In the 12th century, Christians came up with the horrible idea of blood libel. This lie was that Jews murdered Christian children to use their blood for ritual purposes. On as many as 100 occasions Christians massacred Jews in response to the disappearance of a child.” 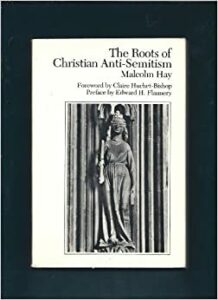