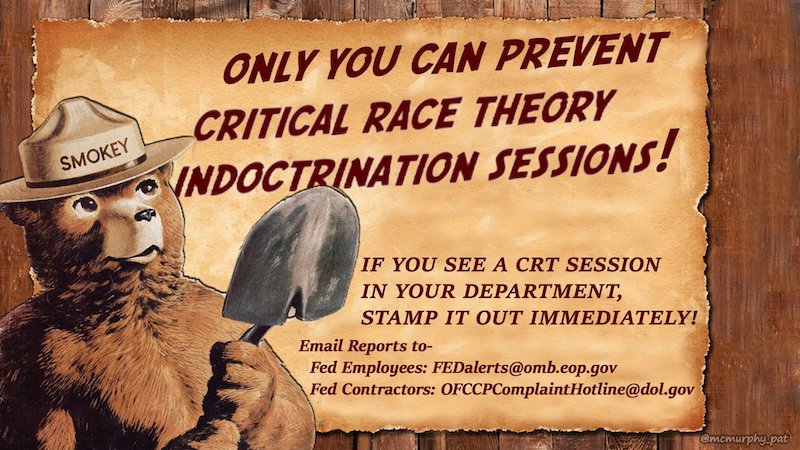 ← Can Our Children Rely Upon You To Protect Them? How Many Children Does Joy Behar Have? →

NOTE: This chronologically ordered bibliography is not intended to be exhaustive, but suggestions of excellent additional items for inclusion are welcome. A major criterion for including items is that they are supportive of the letter and spirit of the 1964 Civil Rights Act and the California Constitution. The list will be periodically updated. If your suggested item is behind a paywall, please, if possible, obtain and send a pdf of it to hurlbert@sdsu.edu

The Content of Our Character: A New Vision of Race In America,  Shelby Steele, Harper Perennial, 1990

One by One from the Inside Out : Essays and Reviews on Race and Responsibility in America, Glenn Loury, Free Press, 1995

Diversity: The Invention of a Concept, Peter Wood, Encounter Books, 2003

Winning the Race: Beyond the Crisis in Black America, John McWhorter, Gotham Books, 2005

White Guilt: How Blacks and Whites Together Destroyed the Promise of the Civil Rights Era, Shelby Steele, Harper Perennial, 2006

The War on Cops: How the New Attack on Law and Order Makes Everyone Less Safe, Heather Mac Donald, Encounter Books, 2016

An Empirical Analysis of Racial Differences in Police Use of Force, Roland Fryer, Journal of Political Economy, 2016

Intermarriage in the U.S. 50 Years After Loving v. Virginia: One-in-six newlyweds are married to someone of a different race or ethnicity, Gretchen Livingston and Anna Brown, Pew Research Center, May 18, 2017

Systemic racism is so rare in America, the media just can’t stop lying about it, David Clarke, The Hill, November 13, 2017

Identity U.: The purpose of the university is no longer the pursuit of knowledge, Heather Mac Donald, Eye on the News, City Journal, February 1, 2018

How to Be an Anti-Intellectual: A lauded book about antiracism is wrong on its facts and in its assumptions, Coleman Hughes, City Journal, October 27, 2019 [review of the book How to Be an Antiracist, by Ibram X. Kendi]

I Must Object: A rebuttal to Brown University’s letter on racism in the United States, Glenn Loury, City Journal, Summer 2020

The problem of ‘anti-racism’: The product of the woke crusade will not be a less racist America but a more polarized one, Ben Shapiro, Pittsburgh Post-Gazette, July 4, 2020

Don’t play a game you can’t win: What is being demanded of us by the ‘anti-racism’ professors and others is a racialist hell of a fresh kind, Douglas Murray, The Spectator, July 1, 2020

Why Nobody is Systemically Racist, James Lindsay, New Discourses, July 9, 2020

What To Read Instead Of ‘White Fragility’, Mark Hemingway, The Federalist, July 15, 2020

Cornell University takes a major step towards compulsory racial activism for faculty, students, and staff, William Jacobson, Legal Insurrection, July 16, 2020 [“Proposed initiatives include an “educational requirement on racism, bias and equity for all Cornell students,” a new Anti-Racism Center, “an institution-wide, themed semester … focus[ed] on issues of racism,” and mandatory faculty participation in “programming” regarding “race, racism and colonialism in the United States.”]

America Isn’t a Racist Country: If we’re going to have a national conversation, we need a bold, spirited defense of our progress, Ward Connerly, Wall Street Journal, July 24, 2020

3 Key Concepts That Woke ‘Anti-Racists’ Believe, Jarrett Stepman, The Daily Signal, August 10, 2020 [Review of How to Be An Antiracist, by I. Kendi, and White Fragility, by R. Diangelo]

How Not to Be an Antiracist: The focus should be on invidious discrimination, not statistical disparities and social change, Kenneth Marcus, Wall Street Journal, August 24, 2020

“Get the facts: systemic racism is a lie”, Edward Gallagher, The Bethlehem Gadfly, August 30, 2020

The Cultural Revolution: Coming to a Campus Near You, John Staddon, Minding the Campus, September 21, 2020

Critical race theorists are ‘destroying the US’ from the inside (13min video), Christopher Rufo interviewed by Sky News Australia, September 26, 2020

Why higher education is the most important battleground for America’s soul, Jennifer Kabbany, The College Fix, November 16, 2020 [“And we wonder why America is so bitterly divided today? We shouldn’t. The root cause can be traced directly to the corruption within higher education.”]

Why racial and ethnic minorities must speak out against reverse racism and the progressive agenda, Dr. Ming Wang, Conversations with Dr. Carol Swain, December 3, 2020

How To Be A Racist, Samuel Sey, SlowToWrite.com, December 19, 2020 [Review of “How To Be An Antiracist,” by Ibram Kendi]

The Enemy Within: How a Totalitarian Movement is Destroying America, David Horowitz, Regnery Publishing, 2021

A hole in the heart of antiracism training: Reducing people to caricatures and abstractions pushes us all further apart, Chloe Valdary, Boston Globe, February 3, 2021

Coca-Cola has employees take training on how to ‘be less white’ to combat racism, Michael Lee, Washington Examiner, February 20, 2021

So is there actually systemic racism in our country? (46min video), Carol Swain on the Candance Owen Show, Prager U, February 21, 2021

Should I Get Canceled for Telling the Emperor He Has No Clothes On?, Wenyuan Wu, Minding the Campus, March 1, 2021

Critical Race Fragility: The Left has denounced the “war on woke,” but it is afraid to defend the principles of critical race theory in public debate, Christopher Rufo, City Journal, March 2, 2021

Critical Race Theory Would Not Solve Racial Inequality: It Would Deepen It, Christopher Rufo, The Heritage Foundation, March 23, 2021

The One-Party Orthodoxy of Equity and Anti-Racism, Ray Sanchez, Minding the Campus, March 24, 2021

The Critical Race Training Juggernaut: Has It Reached Your School District Yet ?, Joanne Florino, The Philanthropy Round Table, March 24, 2021

Statement of Prof. William A. Jacobson Opposing Cornell Faculty Senate Proposed Critical Race Mandates, Legal Insurrection, April 14, 2021 [“These Proposals both individually and collectively impose an ideological orthodoxy and adherence to a Critical Race Theory (CRT) view of the world, in violation of the educational purpose of the University and faculty academic freedom”]

Critical Race Theory: What It Is and How to Fight It, Christopher Rufo, Imprimis, April 18, 2021

‘White Terror Is As American As The Stars And Stripes’: How The Left Is Answering Ibram Kendi’s Call For Racial Strife, Ben Weingarten, The Federalist, April 19, 2021

Where Can You Send Your Children to University?, Philip Carl Salzman, Minding the Campus, April 21, 2021 [“During the past four decades, liberal arts education was cancelled, and is now deceased.”]

The New Antiracism Is the Old Racism: The benchmarks of the Black Lives Matter and affiliated woke movements are overt racism, systemic untruth, and the hypocritical privilege of their elite architects, Victor Davis Hanson, American Greatness, April 25, 2021

Biden Embraces Critical Race Theory and Radical Indoctrination About Race and History, Hans Bader, Minding the Campus, April 26, 2021 [“During the past four decades, liberal arts education was cancelled, and is now deceased.”]

Critical race theory is about to face its day(s) in court, John Murawski, The Center Square, April 27, 2021

What Schools Have Been Hiding About Anti-Racism Lessons, Paul Rossi interviewed by Dave Rubin, The Rubin Report, April 29, 2021

The Monster Is in the Classroom: Schools indoctrinate children as young as eight in race and gender essentialism, Erika Sanzi, City Journal, April 30, 2021

Revolt of the Retired Generals, Nathan Pinkoski, First Things, May 3, 2021

The Curious Case of the Asian American Victim, Richard Bernstein, RealClearPolitics, May 4, 2021

The Origins of the Cruel Ritual of Diversity Training, Alexander Riley, Martin Center for Academic Renewal, May 5, 2021

‘Out And Out Racist’: Dairy Farmer With Two Prosthetic Legs Sues Biden Administration For Basing Loan Forgiveness On Race, Hank Berrien, The Daily Wire, May 6, 2021

A college so crippled by going woke that all 3 candidates to be its new president withdrew their applications, Thomas Lifson, American Thinker, May 9, 2021