If You Are A Jewish American or A Regular Democrat, and Voted Biden, Read This 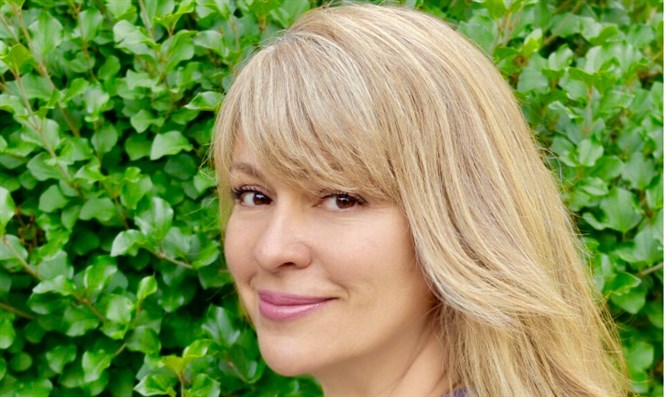 ← The Pathology of Liberalism "The Hebrew Roots Movement Is Dead" →

In my humblest opinion, the Jewish American who supports the type of brain stem within the head of say, Barbara Streisand or Mark Zuckerberg makes the biblical disasters of ancient Israel explainable! J. Morton

Today, after 1800 rocket bombardments over the tiny Jewish State, we are comforted that you are no longer upse by Trump’s daily tweets.Op-ed We, the grass roots, extremist right-wing, Trump-loving Jews, would like to extend our warmest gratitude in electing one Joe Biden. Especially at this time. You were so right all along, our “Nazi” (in your words) President Trump (not your President, of course) kept much too much peace in the world. You were so right to seek Twitter peace above all other kinds; peace in Israel is for the birds.

Today, after 1800 rocket bombardments over the tiny Jewish State, we are comforted by the thought that you no longer feel distraught by Trump’s daily tweets and unsavory TV appearances.

Likewise, we are comforted in knowing that your brand of Tikkun Olam works so well for you, Israel be dammed.

Our racist, homophobic, and misogynist Russian Spy President (your words again) did irreparable harm. You called it from the start. Let’s reminisce, shall we?

We recall your heeded warnings about an outright bloody war with the Muslim world when President Trump reaffirmed Jerusalem as the Capital of Israel and moved his embassy there. How right you were…or were you?

We recall your dire warnings when The Golan was reaffirmed as sovereign to Israel by our 45th. Once more, you warned us about the oncoming onslaught. How right you were, yet again….

Your trembling knees almost buckled when President Trump supported Netanyahu’s exposé of Iran’s nuclear program and everything else the Israeli PM said over the last four years.

Your notable “courage” in support of Israel and her people showed its predictable face when our President firmly supported legitimizing settlements in Judea and Shamron. Without delay, you warned us of the inevitable and unavoidable World War III by complete Islamic coalition against Israel. Instead, Abraham Accords were signed and ISIS entirely eliminated. How right you were…

We recall your rabid loathing of a President who single-handedly changed the entire paradigm of Middle East peace-plan politics by producing, one after another, Abraham Accords with Muslim countries. You were correct, again: peace in the Middle East is simply too boring and your electoral choice is doing so much better in 2021. In fact, he quickly and single-handedly returned the Middle East to the status quo of 65 years of bloodshed, pre-Trump. We bow to your infinite wisdom.

Oh and do we ever remember your reform clergy! All four hundred of them and their very public condemnation letters of our President. They took out newspaper centerfolds for their barrage of acrimonious inquisition, while our black-hatted Rabbis, for the first time in American history, celebrated Hanukkah and Rosh Hashanah with the President of United States and his profoundly Jewish family.

Memory is long but your attention span is short and so is your ability to connect the dots. We will palliate, lest we offend your truths and run the risk of uttering facts.

Today, we congratulate you on the re-establishment of $300 Million annual American funding of terrorism in the Middle East (courtesy of pandemic-suffering American tax payers, of course.) Your fit and articulate President Joe Biden saw the light that our President couldn’t; pouring hard cash into Palestinian Arab terrorist pockets keeps Israel and everyone safe. Why were we so blind not to see the wisdom in that?

Our racist ilk, likewise, recalls your head-shaking at President Trump’s defunding of Israel’s number one enemy and mortal threat, Iran. We clearly recollect that you voted for Barack Obama, the one who called for the return to 1967 Israel borders, pronounced most of Israel illegitimate in Jewish hands by UN resolution #2334, and delivered $150 Billion in funding to the Ayatollahs who chant “Death to Israel” and burn Israeli flags. Same enemy that can’t build nukes fast enough to drive not-your Israel into the sea.

Difficult to forget how you loathed Trump’s staunch stance against Israel’s demise in favour of your political fragility and political correctness that ensured your acceptance into polite leftist company. Yet you were right, again. Nuclear and well-funded Iran by your President is so much more fun – look at what Iran’s wholly-owned subsidiary, Hamas, is doing to Israel today?

And, of course, Tikkun Olam it is. Your Biden is so silent on this inconvenient Middle East matter today, one has to wonder if he’s still breathing. And you, woke Jewish American liberals, are even more silent. Just as you are anytime Israel is under fire. Not your problem. Not your country. Not your war. Finally, your votes paid off, Tikkun Olam is all yours. And Biden’s abandonment of Israel is hardly a matter for you to lose sleep over.

For four long years, you’ve fought for social justice. You sent your kids to woke universities, taught them that hate trumps anything the 45th President did for his own country, the Jewish people and their Jewish State. Whether he prayed at the Wall or visited Israel as his first foreign trip as President, your hate of him was livid, vivid and served as a great example to your youth. Today your offspring are holding up “Free Palestine” signs, marching with BDS and are bashing Israel on every social media platform for defending its right to exist. You taught them well. You were right, again…

Likewise, the fruit of your labour stands shoulder to shoulder with BLM. And thank God for that. BLM has long stated their hatred of Israel as an apartheid state and an oppressive colonialist force in the Middle East. Their Marxism and rampant anti-Semitism is hardly of your concern; it tends to interrupt your Tikkun Olam.

We are thrilled that you have your social justice that goes by the name of Joe Biden. Ours has a name too, IDF. And Donald Trump, that racist.

All of us are happy in wishing you Covid-free health after you’ve taken the Trump Warp Speed Vaccine. We hope it’s not the snake’s venom you and your elected democrat leaders repeatedly told us it is before they took office.

We will continue to encourage our kids to confront your vacuous, history-unaware, Israel-ambivalent, woke children on social media. And we will continue to teach ours to think critically and independently, rather than to learn from critical race theories you prefer for yours.

We congratulate you on not having to put up with your unfathomable enemy, Donald Trump, any longer. Let Israel suffer. Let Hamas do what they do best. And let Iran prosper and weaponize with incoming American billions, for goodness sakes.

We applaud you on having to suffer your aesthetic injury no more. His orange-ness, his words and his actions were simply too much for you to bear. Your remedy, Joe Biden, is Israel’s injury now and that’s not your issue to grapple with.

For four years you fought against “division”. Now we’re all united in Israel’s sorrow of losing lives and sending her 18 year olds to defend the only country that stands between you and the next set of gas chambers. We thank you, for that, too.

For 4 years you wanted silence on Israel by President Trump. Now you have silence on the murderous killing machine of Hamas and Hezbollah from Biden. Thank you.

For 4 years you wanted parity and equality for every moral and immoral position. Now you’ve got both in the acute but familiar bashing of Israel amongst all your friends and foes.

For four years you wanted to oust a racist. Now we’re all racists by your own brush of criminal whiteness. You sure showed us!

Today, on May 13th, suicide drones are being sent to kill Israeli civilians from the sky, paid for and emboldened by YOUR President. Lebanon-based Hezbollah just delivered rockets over north Israel. But you go ahead, sleep well and enjoy the Twitter silence at the expense of your country and your own people you feel nothing for. Keep marching for BDS, BLM and others. And keep on with your silence and looking the other way with YOUR President.

Keep on voting alongside your Hamas Press Secretaries, Ilhan Omars, Rashida Tlaibs, AOC’s, et al. Keep on with your brand of Tikkun Olam: BLM social justice and Biden’s funding of terror and nuclear Iran, while we keep to ours: IDF and elections of courageously pro-Israel presidents.

Today and every day, Israel is better served by our very public, very vocal, unapologetic support of the Jewish nation, its army, its humanity and the right to defend itself than your progressive spineless silence. Your position on Israel isn’t defined by how many times you vacationed in Eilat, how many of your teenagers went on cost-free Birthrights, or how many cheques you wrote for JNF, but how readily you defend Israel (with your mouth wide open in under-informed, Israel-unfriendly, very uncomfortable ruling class company) when Israel needs you the most.

We? We stand loudly united with Israel, IDF and Donald J. Trump’s policies. Today and every day.

Sen to you by the racist, extremist, homophobic, misogynist, xenophobic, right-wing, white supremacist (did I leave anything out?), grass-roots conservative Jews of North America.