GAZA: A History You May Not Know 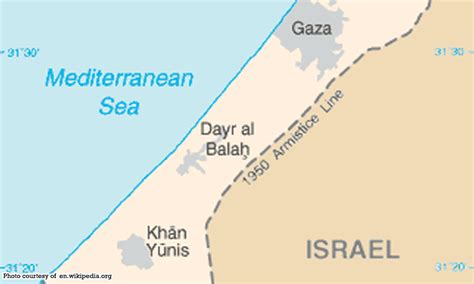 ← I So Appreciate Bongino Men Give Birth. America Was Founded in 1619. And Israel Is the Aggressor. →

The nearly four thousand year old association of Jewish life in Gaza is little remembered in today’s world. Of course people know of the biblical story of Samson being blinded by the now extinct Philistines and how he brought down the temple to their gods in Gaza. But very few have any idea of the deep Jewish history in the following millennia.

In the Second millennium BC, Gaza served as an administrative city and residence of the Egyptian governor of Canaan. The bible tells us that the Jewish patriarch, Isaac, dug wells in Gerar, an ancient site between Beer Sheba and Gaza, and in the 13th century BC the Philistines or Caphorites (Cretans) annihilated the Avite inhabitants of Gaza and made the city the largest of their five centers.

After the Israelite Exodus from Egypt and entry into the Promised Land, the tribe of Judah was given Gaza as a possession but did not include it fully in their territory. The bible reports in Joshua 15.47 and Judges 1:18 how the city of Gaza, and those of Ekron, Ashkelon, Ashdod and Gat became a possession of Israel but how some of them were among those places ‘lying in the remaining country,’ i.e., not fully possessed by the Israelites.

Down the centuries, Gaza was captured by Assyrians, Egyptians, Babylonians, Persians and later still by Alexander the Great who incorporated it into his growing empire in the 5th century BC. The strategic territory, lying as it does at the crossroads of two continents, Africa and Asia, has repeatedly fallen since earliest times to invading armies.

In 167 BC, Judah Maccabee led his Jewish fighters to victory over the Syrian-Greek pagan king, Antiochus Epiphanies. Jerusalem was liberated and the defiled Jewish Temple cleansed. The miracle of this event is now celebrated by Jews during the festival of Hanukah. But it was the Hasmonean king, Yochanan, who also liberated Gaza in 145 BC. He was the brother of Judah the Maccabee and it was their other brother, Simon, who sent Jews to repopulate Gaza and its environs.

The Roman general, Pompey, conquered Judea in the First century BC and made Gaza a free “polis” but in 61 AD the Roman Governor, Gavinius, evicted the Jews. In the subsequent war against Roman occupation of Judea, between 67 and 70 AD, Jewish forces again liberated the town and its environs before suffering defeat at the hands of Rome’s legions.

Continuing Roman excesses against the Jews led to the Second Jewish Revolt under the command of the charismatic Bar Kochba, known in Aramaic as Son of a Star. The Emperor Hadrian’s legions destroyed the Jewish state in 135 AD, decimating the Jewish population in an enormous slaughter, and sending thousands into slavery and exile from the Roman slave markets of Gaza.

Under the subsequent harsh Byzantine rule, Gaza’s restored Jewish community nevertheless managed to flourish and during the 4th century Gaza served as the primary port of commerce for the Jews of the Holy Land.

It is interesting to note that in 1967, archaeologists discovered the beautiful mosaic floor of a 6th century synagogue situated on the Gaza seashore, attesting to the size and prominence of the Jewish community of the time.

The great medieval kabbalist Rabbi Avraham Azoulai lived in Gaza where he authored his famed work, Hesed L’Avraham, along with a commentary on the Torah (the first five books of the bible). The Jewish inhabitants made Gaza a great center of study and towns and villages from Rafah to Yavne sprung up as centers of Talmudic learning.

Many Jews fled to Gaza at the end of the 15th century where they joined the Jewish community by working in various trades after escaping from the ravages of the Catholic Inquisition.

During the 17th century, Gaza was again home to a thriving Jewish community, which boasted its share of prominent rabbis, including Rabbi Israel Najara, author of Kah Ribbon Olam, the popular hymn sung to this day in Jewish homes around the world every Sabbath. He served as Gaza’s Chief Rabbi until his death in 1625. This century also saw the rise in Gaza of Shabbetai Zvi’s pseudo messianic movement.

Over the millennia Jews have been expelled from Gaza by many different conquerors but have always managed to return. The Crusaders killed many Gazan Jews, leaving few survivors. Ottoman Turks ruled a vast empire from 1517 to 1917, including the geographical backwater known as Palestine. They also frequently expelled the Jewish residents but then allowed them to return. This pattern continued for centuries.

Napoleon, marching through Gaza from Egypt in 1799 failed to restrain many of his French soldiers who were joined by local Arabs in abusing the Jewish residents. As a result of Arab persecution, the ancient Jewish presence in Gaza and the nearby villages died out in the first years of the 19th century only to return yet again in the 1870s.

In August 1929, when Arab rioters threatened to slaughter Gaza’s Jews – as they had in Hebron – the British army under the Palestine Mandate forced the community to evacuate their homes. In October 1946, on the night following Yom Kippur, the Gaza Jewish community of Kfar Darom was established on land corresponding to the biblical Jewish village of Darom. It lasted just a year and a half until the outbreak of Israel’s War of Independence in 1948, when Egypt overran the Gaza Strip and occupied it.

In June 1967, in a war of self-defense, Israel liberated Gaza from Egyptian occupation, making it possible once again for Jews to reside there. In 2001, during Palestinian Authority control under Yasser Arafat and his Fatah organization, Kassam rocket attacks began to pound the restored Jewish communities in Gaza.

After Arafat’s death, rocket fire continued under his Fatah successor, Mahmoud Abbas. But in 2005, Israel’s Prime Minister Ariel Sharon forcefully evicted from their homes the nearly 10,000 Jewish villagers and farmers from Gaza as part of the Disengagement Plan. At the time, Sharon explained the purpose of the Israeli pull-out:

“These steps will increase security for the residents of Israel and relieve the pressure on the Israel Defense Forces (IDF) and security forces in fulfilling the difficult tasks they are faced with. The Disengagement Plan is meant to grant maximum security and minimize friction between Israelis and Palestinians.”

Sharon had believed that by removing the flourishing Jewish villages and farms from Gaza, the Arab residents would build a civilized and peaceful society, thus proving to both Israel and the world that they could live in peace with the Jewish state. It was not to be and Sharon’s hopes now lie shattered.

In an election pushed by Secretary of State, Condoleezza Rice, the Palestinian Arabs in Gaza voted eagerly for Hamas and against Fatah knowing full well that Hamas fundamentalist ideology calls for the destruction of Israel or any non-Muslim state existing in territory previously conquered in the name of Allah. Hamas will thus never live in peace with Israel, a Jewish state, even though the Jews are the indigenous and native people of the region and predate Islam by millennia.

Will the pattern that has existed for thousands of years continue; a sequence of Jewish exile from Gaza, followed by inevitable restoration? Those Jews who were driven out by the Israeli government of Ariel Sharon and his successor, Ehud Olmert, now wait as refugees for the opportunity to again return.

One such Israeli refugee from Gaza, Rachel Saperstein, spoke at a Jerusalem Conference held in Israel in 2009. At the time, she lived with her husband, a disabled terror victim, in a rundown camp along with five hundred other Jewish families driven from their homes located throughout the Gaza Strip.

In her speech, she lamented that not a thing now grows in the Jewish village she was forced to abandon during the Disengagement Plan. The greenhouses that were given freely to the Palestinian Arabs were trashed by them. She added:

“We know the reason why. Only when the Jews return to their land will the land bring forth its bounty. No Israeli government is to give away any of our land ever again … This is my message.”

Despite Gaza’s rich Jewish history, little is known of it to most people except for what passes as objective news – which it is not – in today’s deeply biased and increasingly anti-Israel mainstream media. How many people know that over 4,000 lethal Palestinian missiles from Gaza, fired by Hamas and Islamic Jihad, have struck civilian targets throughout Israel during these last two weeks alone.

And how many know that since the Jewish farmers and villagers in Gaza were driven out of their homes in 2005, estimates put the number of missiles fired at tiny Israel at some 30,000, with hardly a day free from the looming threat of death and destruction?

The views expressed by Renew America columnists are their own and do not necessarily reflect the position of RenewAmerica or its affiliates.