Entire Departments With In The Portland Police Department Are Quitting 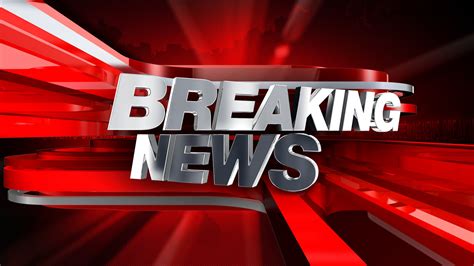 ← I Woke Up Today With "Replacement Theology" In My Thoughts Vice Minister of State Security, Dong Jingwei (董经纬) Defected →

I started a business in this town, was involved in another startup company also. I watched Mayor Vera Katz begin the process of destroying Portland, Oregon. I subsequently moved my family to Vancouver, Washington. I was still running the plumbing business but I did not want to do business in Portland. The city was becoming, stupid! All of my children were born in Portland. My wife also was born there. She calls Portland an embarrassment today. The current political state of Portland and the State of Oregon in general makes my wife sad!

Now the city is indescribable….. I am hoping my daughter, who lives in Portland, gets the hell out of there!

Posted by: Scott A. Davis

PORTLAND, OR – The Portland Police Bureau’s Rapid Response Team, the unit responsible for policing protests in the city, voted unanimously to resign on Wednesday during a meeting with the police union.

This follows the criminal indictment of an officer for assault stemming from a riot in August 2020.

The Rapid Response Team, a group of police officers that volunteer for the post, is deployed to respond to riots, civil unrest, and demonstrations in Portland.

A second Rapid Response Team member, Det. Erik Kammerer is being investigated by the Oregon Department of Justice over similar allegations.

On the night of August 18, 2020, Antifa militants threw a Molotov cocktail into the County Sheriff’s Department Headquarters as the Rapid Response Team struggled to contain the riot. Officer Budworth was using a baton to hold back rioters when he struck a female in the head.

Officer Budworth struck activist photographer and rioter Teri Jacobs with the baton in the head from behind, then again as she fell to the ground. Video of the incident spread through social media.

The officer stated the strike was accidental, and the use of force was cleared by an independent investigation as being within use-of-force policy compliance. Multnomah County District Attorney Mike Schmidt disagreed and his office indicted Officer Budworth this week on one count of fourth-degree assault.

The Portland Police Union said the prosecution of Budworth was “politically-driven”:

“Unfortunately, this decorated public servant has been caught in the crossfire of agenda-driven city leaders and a politicized criminal justice system.”

Portland Police Association Executive Director Daryl Turner told the Lars Larson Show, a local radio program, that he was concerned officers would resign because of the prosecution, which he called a “witch hunter.”

A source within the Portland Police Bureau told The Post Millennial that Officer Budworth’s indictment was a blatant attempt to “hold police accountable” despite the victim not coming forward on her own accord. The source said that an attorney observed the video online and approached Jacobs about pressing charges.

A Portland officer said that the resignations from the response unit leave the city unprepared, even as massive demonstrations are once again planned for the upcoming weekend:

“Now that the riot team is no more, we have no clue what’s going to happen. We don’t have enough patrol officers to be pulled from the road to handle huge crowds. We are only backups with no gear like the riot team has.”

District Attorney Schmidt has consistently refused to charge rioters in Portland while focusing on police actions. His office announced in August 2020 that his office will not prosecute many protesters who have been arrested during Portland “demonstrations.”

“As prosecutors, we acknowledge the depth of emotion that motivates these demonstrations and support those who are civically engaged through peaceful protesting.

“We will undermine public safety, not promote it, if we do not take action to bring about immediate change.”

Prosecutors will scrutinize the cases of protesters accused of resisting arrest or assaulting a public safety officer and consider “the chaos of a protesting environment, especially after tear gas or other less-lethal munitions have been deployed against community members en masse,” the district attorney’s office said in a news release.

By the end of May, Schmidt’s office had rejected almost three-quarters of the 1,057 protest-related arrests referred by police.

While not prosecuting protesters, the DA is reviewing incidents in search of other officers to indict. After announcing the indictment of Officer Budworth, Schmidt said that several other use-of-force incidents are under review:

“We have looked at multiple cases already and I think there are still several more that we’re continuing to look at.”

Schmidt asserted that Officer Budworth’s case was not unusual, implying that other officers may be charged:

“This is one case of multiple that we’re looking at and have looked at. So, it’s not necessarily an outlier that way.”

Schmidt commented on the findings of the Portland Police Association that Officer Budworth followed proper procedures and training:

“If that’s true, I think that is problematic. We can’t be training officers to do things that violate criminal law.”

Schmidt also admitted during an interview with OPB’s Think Out Loud that his prosecutors are actively reaching out to “victims” observed on videotapes of police responses to gather complaints against officers because he claims it is hard to determine harm or injury from watching a video:

“I can’t say specifically how many we’re looking at, but when people are interested in reporting and there’s evidence there, we review it and decide whether or not to go forward.”