I Woke Up Today With “Replacement Theology” In My Thoughts 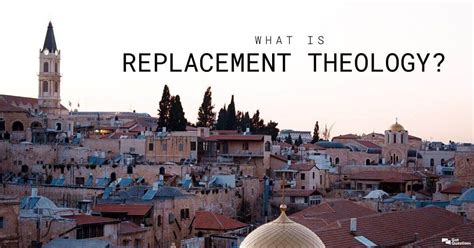 ← Will You Open Your Wallets & Purses For Several Young Girls? Entire Departments With In The Portland Police Department Are Quitting →

I have a question: How did the following information influence your biblical understanding on your Christian journey?

Back in 2007 I first heard about “Replacement Theology” via Pastor Mark Biltz of El Shaddai Ministries. Of course, this all made perfect sense to me because I had wondered for many, many years why, in short, “The Jews were Bad and the Church was Good” In other words, why are the Jews bad and yet were are reading what they wrote?  My quandary for most of my Christian life was beginning to be explained. I started leaning about the hellish atrocities inflicted upon the Jewish people who were indeed, scattered around the world and in particularly Europe. I marveled at what I was learning because I could readily see why the doctrines throughout virtually all of Christianity were void of Jewish thought, commentary and culture. It became an instant reality for me to be able to see the revisionist commentary against anything Jewish during the Sunday sermons. My explanation(s) had arrived. 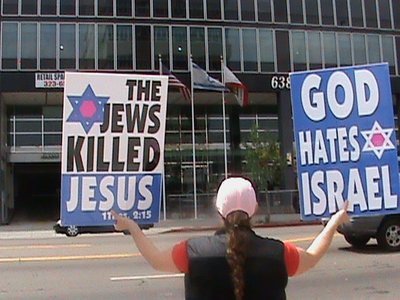 I once did an experiment having realized how entrenched replacement doctrines are in much of Christianity. Using two different individuals, a friend of mine, Nathan Grapes and I did the following. Nathan told a fellow Christian a story concerning Joseph being placed in the well. However, Nathan used a lot of Hebrew concepts and back stories which are, for the most part, foreign in western thought. The person was enthusiastically appreciative of the new concepts. His reactions were more of surprise and amazement.

I in turn, did the same thing with another fellow Christian but I used the word Jew and Jewish throughout my telling of the same story. The person became visibly uncomfortable. He begun to challenge me concerning the Jews eventually becoming defensive and irritated. This was somewhat of an eye opener for Nathan because he witnessed what I had been sharing with him often. The anti-semitic reaction is normal in much of Christendom. The concepts of “Replacement Theology” are woven into virtually all Christian doctrines of the last 1800 years. Most of the Christian community is not aware of the subtlety these teachings have had in our understanding of the biblical text especially in the area of context. I once had an elderly woman, devote Christian [Lutheran], and she was not the only one, who was shocked to find out Jesus was Jewish!  Revisionist history is not a new construct

Personally, I believe that the discussion(s) about GOD are healthy and have kept his presence very much a part of all of our faiths. Nevertheless, when we begin killing others because of the differences throughout the discussions then our faith becomes evil. The church doctrines precipitated the slaughtering of Jewish people for centuries….. https://www.simpletoremember.com/articles/a/HistoryJewishPersecution/

So, I ask the question again: How did the following information influence your biblical understanding on your Christian journey?