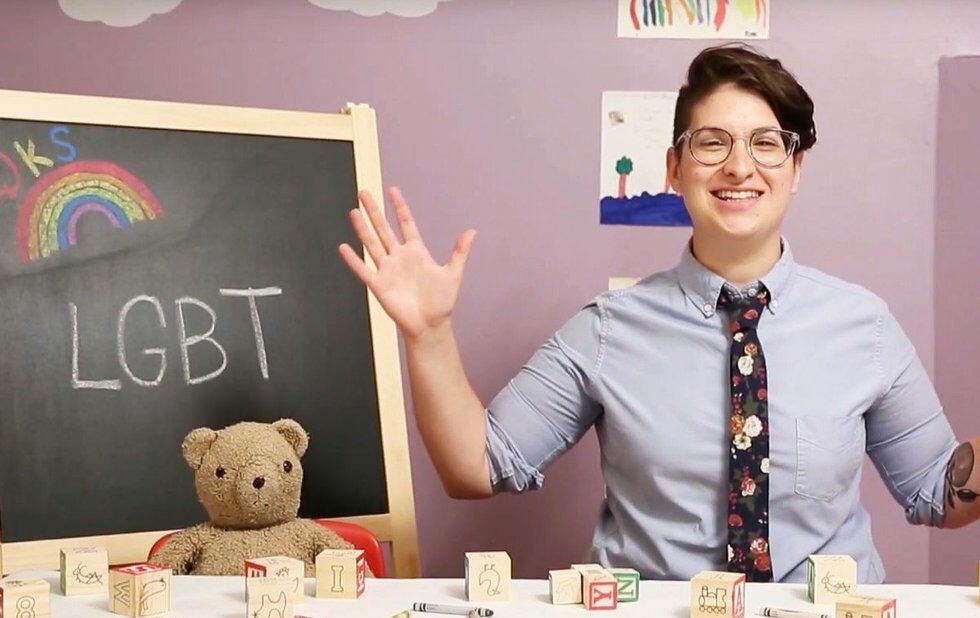 ← No! Absolutely Not! Resolution No. R2021-110 America Rewriten: What the World Would Lose if the US Constitution Was Erased | Exclusive →

And you still don’t know what they are teaching your kids in school; what do you call parenting?

Parent Who Criticized CRT at Illinois School Board Meeting Speaks Out

Increasingly, parents are organizing and speaking out at school board meetings about what is being done with their tax dollars and to their children. For example, a group called Purple for Parents, says it is “dedicated to empowering parents to get involved in their children’s education, taking charge of their rights as taxpayers and having access to the best schools the state has to offer.”

Few parents have had the mesmerizing effect of 39-year-old Ty Smith, who spoke out against CRT at a school board meeting in Bloomington, Illinois, in early June. His one-liners like: “How do I have two medical degrees if I’m sitting here oppressed?” and “How am I now directing over folks that look just like you [white] guys in this room right now? How? What kept me down? What oppressed me?” went viral in a social media video that, at least temporarily, upset the CRT apple cart.

Smith, the father of 17- and 19-year-old sons and a physical therapist assistant and orthopedic physician assistant, was soon discovered and interviewed on major TV channels, though he is far from a new media voice. His YouTube channels, Modern Renaissance Man and MRM Ministry, and Saturday radio show “Cancel This,” have already earned him thousands of followers.

The Epoch Times interviewed Smith about whether his life had changed after the blizzard of media attention his school board comments produced. “Absolutely not,” he said. “I run a health clinic and have to direct my employees.”

Smith, who says he grew up poor and on welfare in Decatur, Illinois, with no father and three brothers said he saw the sham of white anti-racist theories like CRT back when he was a child. “As a teenager, I experienced the same talk from activists—calling us downtrodden and disadvantaged. It is true but it is all talk. There must have been 30 people in my life when I was young who talked like that but never came into the hood. Where are they today?”

Smith says he asked some activist students in the Bloomington District 87 system where he spoke in June if they would like to visit where he grew up and see the actual situation in poor black neighborhoods, which has not changed. They all declined, he said. “My old neighbors would have told the CRT activists that it wasn’t the white people that held them back; it was their own bad decisions like having too many kids too early in life.”

The CRT activists are “players,” Smith said, a term heard in the “hood.”

“A player wines and dines a woman and fills her head with what she wants to hear. When he gets what he wants he is gone. The CRT activists are doing the same thing—just building people up for the votes.”

Two terms that Smith doesn’t appreciate being associated with racism are “hard” and “hardship” because they have negative connotations that suggest barriers that can’t be overcome. “I went to college from 7 a.m. to 12:30 p.m., then practiced track from 1 to 3, then worked in a furniture warehouse from 4:30 to 11 and then went home to my sons. While I was rocking them to sleep, I had a book in the other arm. It was not ‘hard’—it was time-consuming.”

Smith says he feels the same about school subjects like calculus and trigonometry—everyone has “potential” and can learn them. “Personally, I am a visual learner so I learn best looking at pictures. I did not realize how well I could learn until I got to college because in high school I mostly did sports. Everyone can learn and what they call attention deficit I call boring teaching.”

Smith said too many parents, both white and black, are not involved with their children’s learning and should be. “If a mom is young and working, she probably is more interested in the kid doing homework and getting good grades than in looking at what is being taught. The same could be said of grandmas who might also just say, ‘do what they tell you.’” The result, says Smith, is shocking content becoming part of the curriculum.

Smith condemns such teaching and materials like the sex education book for children “It’s Perfectly Normal” used in some schools. Teaching children who are too young to even be able to give consent that “sexual stimulation is good not bad” sets the stage for sexual activity between children “before it naturally develops,” he said. Predators and molesters could easily tell children such acts are “normal” and that they should not tell their parents on the basis of such teachings, says Smith. “When I was growing up they taught us that no one should touch your private areas ever—what happened to that? Who is driving this new agenda?”

A Good Father, Son, and Parent

Smith said he had several sources of role models to help him succeed in life without a father in the home: “Through the Holy Spirit and my church I had a path and direction and I also had mentoring from my coach and athletic director.” Smith also participated in an after-school program that gave students exposure to different trades they might later want to pursue later in life, such as auto mechanics.

Reiterating that white people and CRT do not explain the downtrodden state of some black communities, Smith also brought up the example of his wife: “My wife got her Bachelor’s degree from a historically black college where all the students, faculty, administration, and staff were thriving and black. When hearing that black people can’t get ahead, she would just say, ‘are you blind?’”

Smith also gave the example of his mother: “My mother had children young and even picked cotton in Tennessee when she was a girl but she was also able to get a Bachelor’s degree and work as a school site administrator.”

Even health problems prevalent in the black community such as obesity and high blood pressure cannot be blamed on whites or “food deserts,” says Smith. “Every Aldi and Shop and Save has fresh, healthful produce—if you eat Twinkies or Ding Dongs all day guess what happens?”

Laws that remove food stamps and financial subsidies from a single mother if there is a man in the house (and surprise checks by authorities) should be illegal, says Smith. “Let a couple have a year of benefits and build some wealth. Don’t penalize strong families.” So-called “affirmative action” has done more harm than good when it comes to the black family, he said.

Smith also says he believes there should be a law that if a man leaves a woman with a child and has no plan to stay with her, he has to get a job and support her. When asked to address the common complaint that there are “no jobs out there” he replied, “That is complete BS! There are no jobs because you ain’t looking for jobs!” he said. “It’s like saying there is no sun outside because you’ve got your curtains shut.”

Reacting to the dramatic success of Smith’s anti-CRT school board meeting remarks, some liberal sites immediately tried to label Smith an actor, a GOP operative, or a “mole.” One person on Twitter wrote the “right wing media is trying to pass this guy off as some random concern[ed] parent. I bet this is a publicity stunt for [the] YouTube channel.”

The thinking behind such allegations is telling, says Smith. “What does it say about those who called me a GOP troll?” Smith asked. “That a black man could not have come up with my platform on my own? That is more racist than all the things they call racist.”