Silence Is Not Always Golden 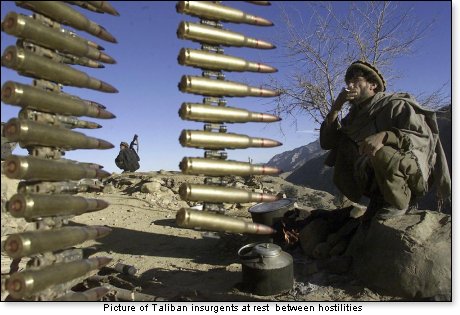 I see tiny Israel as the Place of God’s prescence…..Israel could be the size of a dust speck, the world governments would not be able to wipe this place out of existence!

Tragically for humanity, each successive century over the last 2,000 years has been more bloody and horrific than its predecessor. The 20th century was marked by two World Wars and the Holocaust. It also saw the advent of the nuclear age and the rise of a morally compromised United Nations, the same UN whose mission was to usher in World Peace after the calamity of World War 2.

But peace didn’t last long after the end of the Second World War. Regional wars soon erupted and the eternal cry by the Biblical Jewish prophet, Jerremiah, still echoes: ‘‘Peace, peace, but there is no peace.”

It is believed by some that there were perhaps as many as 10 official wars and 8 active military conflicts occurring throughout the world in 2020 and many still occurring today. There are also thought to be violent conflicts involving some 64 countries and 576 militias and separatist groups.

When the tiny State of Israel was declared in 1948, surrounding Arab states invaded her in a brutal attempt to wipe her out. Some three years later North Korea, supported by Communist China, invaded South Korea and then, after a few years had passed, North Vietnam invaded South Vietnam. And wars have continued to erupt on nearly every continent.

Many African nations are now plagued by civil wars initiated by Muslims against Christians. Afghanistan has been needlessly conquered by the Taliban and the U.S. government of Joe Biden is now covered in shame – or should be – even as the fake news commits the sin of omission by hiding this President’s appalling foreign and domestic policies from far too many Americans. Here we see how silence, as perpetrated by the biased and corrupt mainstream and fake media, is not golden but made of dross and fools’ gold. Silence is not always golden.

“The Biden administration’s poorly planned surrender to Afghanistan has been causing tragedy and disaster one after another, all while empowering the Taliban and the mullahs of Iran.”

UNICEF, itself a morally compromised organization of the UN, calls Yemen – torn by civil war initiated by Islamists and assisted by Iran – “the largest humanitarian crisis in the world.” Yazidis, an ethnic minority in Iraq, have been slaughtered and enslaved by ‘Islamists,’ This word, Islamist, is an artificial word like one other – Islamophobia. Both were invented by Muslim pressure groups like CAIR to disguise the brutality instigated by followers of Islam and to make any and all justified criticism of them politically incorrect.

According to journalist, Raymond Ibrahim, in his report from 2020, “Islamist insurgents in Nigeria have killed over 30,000 Christians and animists, while displacing at least two million civilians in the past decade. Boko Haram, yet another Muslim terrorist faction, with its offshoot, Islamic State West Africa Province (ISWAP), threatens Mali, Somalia, Sudan and neighboring countries. By this year, the total of Christians who have perished from Muslim terror in Africa alone has undoubtedly risen.”

The mass slaughter that ended in 1945 is still an ongoing trauma in our society for the survivors and their children and grand-children. Attempts to annihilate Israel in 1948, 1967 and 1973 continue to this day – carried on by Islamic terrorists, led and financed by the Islamic Republic of Iran and its proxy, Hezbollah; by the Muslim Brotherhood and its junior partner, Hamas; and by Palestinian Islamic Jihad, Fatah and others. All are focused on destroying the tiny and embattled Jewish state. It is at the core of their malign ideology which, strangely and shamefully, is legitimized by elements within the EU, the UN and by far too many within the international community and our own Democrat Party. 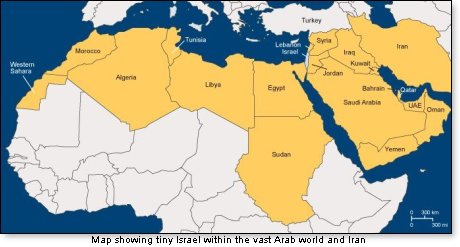 Islamists promote terrorism, murder and genocide. It is what motivated the 9/11 attacks – claimed as a “sacrifice to Allah” and in revenge for past Islamic defeats by Christendom. Indeed, the Muslim defeat at Vienna by Christian forces took place on September 11, 1683. Note the identical month and day that the attack upon America took place, albeit 318 years later.

Muslim suicide bombers, screaming Allahu Akbar (Allah is Greater) are repeating the same 7th century Arab war cry when they blow up non-Muslims as they most recently did in Afghanistan by murdering 13 American service personnel who were defending scores of Afghans. For these Muslim terrorists, embracing death is more important than life.

The Muslim Brotherhood’s totalitarian ideology has become dominant in Islam and among many Muslims. Centered in Egypt, where the highest Islamic authorities convene, the Brotherhood asserts its gospel of hatred of Jews, Christians, Hindus and Buddhists as well as of non-Muslim states such as America and Israel. It does this via mosques throughout the world with imams disseminating hatred among the Muslim faithful and towards all non-Muslims.

In North and Latin America and throughout Europe, the Brotherhood supports hundreds of student and political organizations. Incredibly within Israel itself, it is represented by the largest Arab-Israeli political party, the Joint List, which forms part of the current Israeli governing coalition. That such a party, which is an avowed enemy of Israel, is permitted to exist freely within Israel’s parliament is a testament to that country’s flourishing democracy and freedom of expression that few if any other nations would tolerate or permit. It gives the lie to the endlessly repeated and grotesque falsehood by the Arabs who call themselves Palestinians that Israel discriminates against them.

The Muslim Brotherhood supported the Nazis during World War 2 with Muslim military units active in the Balkans. Muslim SS killer squads were active in murdering Jews and after the war the Brotherhood helped thousands of war criminals find refuge in Arab countries. Brotherhood apologists falsely argue that this activity was in the past, but it continues. An Israeli organization, ‘Palestinian Media Watch,’ which monitors vicious Muslim Arab hate propaganda, reports daily on the never ending terror attacks against Israeli civilians by the same Arabs calling themselves Palestinians.

This is their “holy war” against Israel and anyone who stands in their way – Muslims and non-Muslims alike. Any recognition of Israel as a sovereign state in its ancestral and Biblical homeland, and as a member of the United Nations, is considered a betrayal of Islam. It’s what justifies their support for terrorism and suicide bombings, which they arrogantly call ‘martyrdom.’ Their goal is another Holocaust mandated, they preach, by their seventh century prophet, ‘Muhammad.’ Ultimately, they boast that they seek world domination under their Caliphate when all nations and peoples will be forced to accept Allah or perish.

Islamic terrorists urged on by the Muslim Brotherhood and financed by the Islamic Republic of Iran, comprise one of the greatest threats, not only to America, Israel and the West, but ultimately to the very survival of Judeo-Christian civilization.

For so many in the West and living today in the 21st century, the fact that a 7th century ideology wrapped in a religion, as Winston Churchill once described it, is at war with them is unthinkable and incomprehensible. But understanding that this horror exists is why ultimately it matters beyond all else.

And for the fake and corrupt mainstream media, that too often hides the truth from the American public, it is worth repeating again that: Silence is not always Golden.

Victor Sharpe is a prolific freelance writer and author of the acclaimed four volume work titled, Politicide, which recounts the Islamic threat to Judeo-Christian civilization.