How Trump Plans to Destroy Zuckerberg and Other Social Media Giants 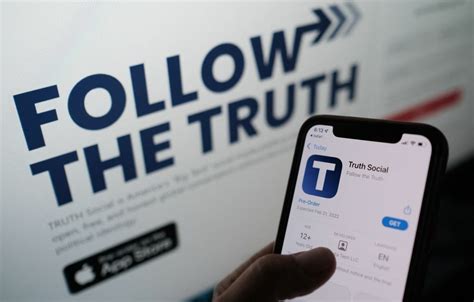 Unlike Joe Biden and other Leftist politicians, President Trump withdrew from profiteering while in office. Yes, he did the politically unthinkable.

That’s one of the reasons the elites in charge of world governments took him down in The Big Cheat. But in their coup, the elites made a big mistake: they left Trump alive. Trump reaches over 35 million people daily by email. He likely has the largest active database of true believers in the history of man. And now he’s launching his new social media site. Will Truth Social one be the one that brings down the big boys?

The man who can take a patch of dirt and construct amazing brick and mortar monuments likely looks at the cyber world as the prairie land on the great frontier. I was contacted recently by a group who valued my website. And what they told me revealed a lot about Trump’s vision. The pitch man said, “Investors value cyber real-estate as more valuable than actual real-estate.” That statement was profound to me. But in many ways, the statement demonstrates itself to be true. The money made from a good website boggles the mind. Driving “traffic” to your site mimics exactly what brick and mortar retail attempts. Only driving internet traffic is much less expensive and much more lucrative.

Think of it this way. Is it easier to get a person to visit your store or visit your website?

So what if Trump realizes that digital real-estate is just like brick and mortar? Why not show Zuckerberg and others what a real mogul can do, when pushed to the breaking point? With this in mind, I suggest that Trump paced himself after all the Gestapo Leftists social media platforms pushed him around. He examined the landscape of social media and put his Wharton-trained brain to work on this problem. Correction…opportunity. Like me, Trump understands that while Facebook, Twitter, and Google think they run the show, cyber real-estate is at its infancy. During his evaluation, he figured out a few new tricks to populate Trump cyber properties all over the digital cityscapes. After all, when you put the digital world into real-estate perspective, Zuckerberg is still flipping houses compared to Trump’s vision. Further, let’s not forget Trump holds THE “trump card”.

Zuckerberg and Darcy segregated their real-estate, discriminating against millions of Americans. In the brick and mortar world, this worked against blacks and other minorities for decades. However, in digital real-estate that strategy won’t work. Trump knows that at least 80 million Americans want to build a new American social media landscape. More on this in a bit.

Let’s look at the money

According to the New York Post, Trump’s site will generate a fortune. Gone are the days where Trump must forego profiteering. The guy who built a $10 billion empire from a million dollar loan from his father is about to enter the world of the ultra rich. Look at what happened upon the mention of Trump’s new venture. New York Stock Exchange-listed shares of Digital World Acquisition Corp. — the special purpose acquisition company that announced Wednesday evening it will merge with former President Donald Trump’s new social media firm — soared more than 460 percent Thursday.. DWAC’s stock price began trading Thursday at $12.73 per share and reached as high as $58, up more than 460 percent, by 1:45 p.m. ET. Shares of the company were halted for volatility at noon, with the stock up more than 134 percent, and once more around 1 p.m. Trading in the stock was halted again at 1:49 p.m. at $50.17 per share as it rapidly lost gains, but it still ended the day up 383 percent at $49.08 per share. The surge appeared to be driven by amateur traders as the Reddit crowd that sparked the frenzy in GameStop stock earlier this year apparently piled in.

Consider what happens when millions decide to abandon Facebook and Twitter once Trump’s site launches and shows stability. Trump has billions to invest in the best cyber security and build a robust, wait for it…loyal base of supporters. If he does it right, Conservatives all over the country will reap unlimited profits as they once did with Facebook, Twitter, and the like. Trump will quickly go from a net worth of $10 billion to $100 billion. Trump will be on par with Zuckerberg, Bezos, and others. Haute air for sure, financially speaking.

How will the Left react?

With a real competitor, the Left’s grip on America disappears. Trump will have 2+ years to build the new digital landscape. And he will play by the same rules as Zuckerberg, perhaps investing millions in campaigns. His new media platform won’t stop at social media, as he will ultimately challenge Fox News. Expect Trump to pull a Bezos and buy media companies who will report truth. Imagine a new world where real journalism occurs. A true counter to the Left’s propaganda. If anybody can gather together the collective minds of pragmatic Americans of all political persuasions, it’s Trump. The man who coined the phrase “fake news” may actually bring back “real” news. Consider the irony. Trump moves from real-estate to “fake-estate”, digitally speaking. And that move causes the political world to reset. With Trump leading a new social media (and other) revolution, Congress will revisit Section 230. They will be forced to, unless they want to allow Trump to dominate those who have mostly gone unchallenged.

Zuckerberg’s rebranding of Facebook isn’t by accident. He sees the storm coming. And in those cumulus clouds, Zuckerberg beholds a pale horse. And the man who sits upon it is the greatest president in modern history. (Hint, his name isn’t Joe Biden.)