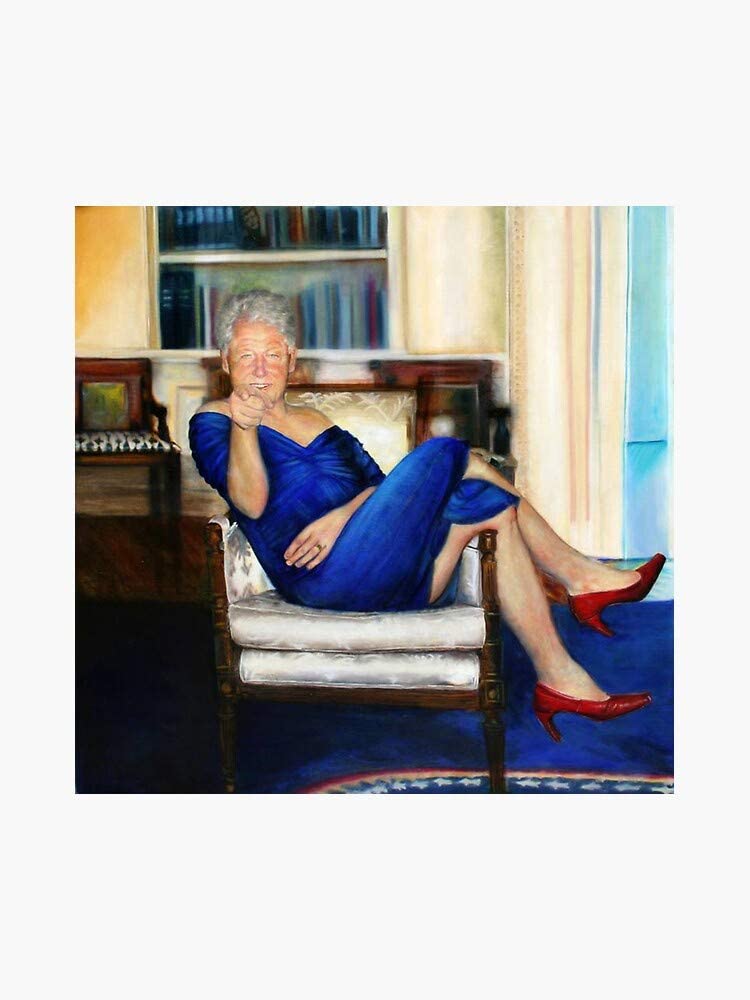 ← Fake News, Fake People JOIN MILLIONS OF AMERICANS IN CALLING FOR A CONVENTION OF STATES →

I have imagined for 30 years a criminal enterprise within the United States Government. The sordid history of Bill Clinton and the “Kate Ma Barker” type personality of Hilary Clinton made it very easy to imagine such an criminal organization. Of course, (and unlike a lot of so called, African Americans) I detested everything about Bill Clinton…everything!

Durham has opened up the discussion that we (Those of us who think) have known for sometime…….. According to a report just filed by Special Counsel John Durham, lawyers for Hillary Clinton’s 2016 presidential campaign paid a technology company to “infiltrate” servers belonging to Trump Tower and the White House in order to fabricate a narrative connecting Donald Trump to Russia.

Durham’s filing focuses on potential conflicts of interest related to the representation of Michael Sussman, a former lawyer for the Clinton campaign. Sussman has been charged with making a false statement to a federal agent. He has pleaded not guilty.

The indictment against Sussman alleges that he told then-FBI General Counsel James Baker, less than two months before the 2016 presidential election, that he was not working “for any client” when he requested a meeting in which he provided the FBI with “purported data and ‘white papers’ that allegedly demonstrated a covert communications channel” between the Trump Organization and the Kremlin connected Alfa Bank.

In a section of Durham’s filing titled “Factual background,” it is revealed that Sussman “had assembled and conveyed the allegations to the FBI on behalf of at least two specific clients, including a technology executive (Tech Executive 1) at a U.S.-based internet company (Internet Company 1) and the Clinton campaign.”

Durham’s filing says Sussman’s “billing records reflect” that he “repeatedly billed the Clinton campaign for his work on the Russian Bank-1 allegations.”

Sussman and Tech Executive 1 had met and communicated with a law partner who served as General Counsel on the Clinton campaign. Fox News reports that this lawyer is Marc Elias.

Per Durham, in 2016, Tech Executive 1 worked with Sussman, an American investigative law firm, several cyber researchers and employees at multiple internet companies to “assemble the purported data and white papers.”

The filing states, “In connection with these efforts, Tech Executive-1 exploited his access to non-public and/or proprietary Internet data. Tech Executive-1 also enlisted the assistance of researchers at a U.S.-based university who were receiving and analyzing large amounts of Internet data in connection with a pending federal government cybersecurity research contract.”

“Tech Executive-1 tasked these researchers to mine Internet data to establish ‘an inference’ and ‘narrative’ tying then-candidate Trump to Russia,” Durham states, “In doing so, Tech Executive-1 indicated that he was seeking to please certain ‘VIPs,’ referring to individuals at Law Firm-1 and the Clinton Campaign.”

Fox News reports that at Sussman’s trial, Durham will establish that among the ill begotten data foraged by Tech Executive-1 and his associates is the domain name systems (DNS) internet traffic pertaining to “(i) a particular healthcare provider, (ii) Trump Tower, (iii) Donald Trump’s Central Park West apartment building, and (iv) the Executive Office of the President of the United States (EOP).”

The former chief investigator of the Trump-Russia probe for the House Intelligence Committee, Kash Patel, said the filing “definitively shows that the Hillary Clinton campaign directly funded and ordered its lawyers at Perkins Cole to orchestrate a criminal enterprise to fabricate a connection between President Trump and Russia.”