← From 2003 Corona Virus, China, Oh My! Physicians and Patients Standing Up for Science, Freedom, and Common Sense →

ONE OF THE DISADVANTAGES WE ALL SHARE IN TODAY’S WORLD IS NOT BEING ABLE TO EXPERIENCE HOW MANY TIMES THE SAME PATTERNS IN HISTORY….REPEAT

Who was Dorothy Thompson?

1. “I fought in campaigns against the Russian Army, the Serbian Army, the Roumanian Army, the British Army, the French Army, and the American Army. All told in this war I have participated in more than 80 battles. I have found your American Army the most honorable of all our enemies. You have also been the bravest of our enemies and in fact the only ones who have attacked us seriously in this year’s battles. I therefore honor you, and, now that the war is over, I stand ready, for my part, to accept you as a friend.”

—Chief of Staff for General v. Einem, commander of the Third German Army

2. “Americans are good fighters with nerve and recklessness.”

3. “The prevailing opinion in Germany before our entry into war, was, that American was a money hunting nation, too engrossed in the hunt of the dollar to produce a strong military force. But since our troops have been in action the opinion has changed, and he says that though Germany is at present a defeated nation, he believes that they would be victors in a war with any nation in the world with the exemption of the United States.” 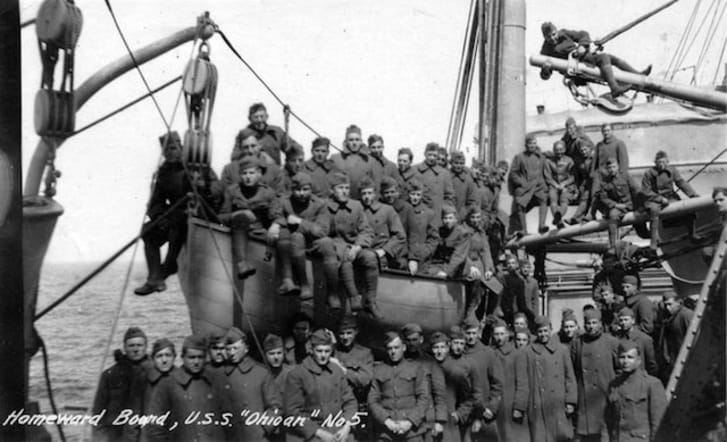