← I Found This Interesting From Izzy "Your A Dull Class" Spoken by a Dumb-Ass! → 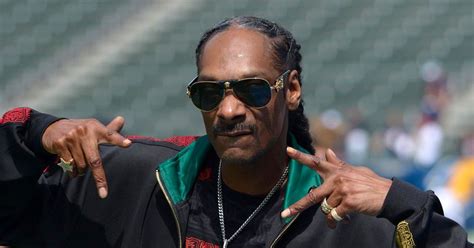 Question for Snoop Dog: Why do you not speak about this history Doggie-dog?

For those of you in Rio Linda, the note is not from Snoop

Above is the URL for something I never thought I would ever want to see, but I know that now the horror of Islam stalks the very streets of America as it does in England and throughout Western Europe. The unholy alliance of Islam and Marxism has been let loose in America and a catastrophe may be upon us all.

I have lived among Muslim Arabs while in Israel. They are the fraudulent Muslim Arabs who call themselves Palestinians and I know well their hatred and derision towards black people. I learned this from several dark skinned Palestinians, whose ancestors were slaves whom the Ottoman Turks brought to the non-state geographical territory known then as Palestine when they were masters throughout the Middle East. One of the Arabs was called Abed and his name in Arabic denoted his slave ancestry. He told me much that I will never forget.

Now we have African-American mobs in the streets attacking members of the Jewish faith who harbor no ill towards them. Yet now the same mobs serve their Marxist and Muslim masters who spew vicious propaganda against embattled Israel while the mobs remain oblivious to the contempt the Islamists feels towards them.

Tragically you will not see or hear the vile anti-Semite, Farrakhan, ever admitting to the slavery, persecution and worse which Islam and the Muslim Arabs have heaped upon blacks throughout the 1400 years of Islam’s baleful existence.

This movie should be seen by all African Americans who fall for the corruption that is the Marxist Black Lives Matter organization. So many fine African Americans grace this country and I know that you are one of them and a good friend.

Take care and be safe.

PS: There is much more I could write, but let the film suffice.”

Also: the book by John Alembillah Azumah, “The Legacy of Arab-Islam in Africa” opened my eyes to the horror perpetrated upon much of the African people.

Least I forget, the church of England, Spain and throughout much of Europe was what Islam is today against anything Jewish https://www.simpletoremember.com/articles/a/HistoryJewishPersecution/ The attitude that gave birth to Anti Semitism, born in the churches, is still active today! How do you suppose this history influenced your biblical understanding over the last 1800 years?

The black church (Not all) today is stuck in the racial slavery that was inflicted upon many blacks via the Democrat party, particularly in the South….Ironic huh?