Forget About Making Peace With The Islamic World

Thanks Victor, I love reading and posting your articles. The glaring truth, common sense observation(s) that you consistantly offer is appreciated by this website

The great humorist, Jerome K. Jerome, suggested many years ago that, “… we all love peace, but not peace at any price.”

Peace is only a reality between states that are rational and can in time become friendly towards each other. Today leftists and all those who shout out the vacuous phrase, “peace and justice,” have turned those once noble words into soiled and tarnished rags.

They have become the very folk who, through one of life’s supreme ironies, shout down dissenting voices and thus become guilty of the very violent behavior they claim to oppose. The universities and colleges have become hotbeds of radicalized students who chant slogans of peace and justice yet howl down invited speakers with whom they disagree. Free speech withers on today’s university campus while tenured professors, smiling indulgently, espouse the monolithic message of the Left, which tolerates no disagreement.

That word, “peace” has permeated the democracies for decades and flowed from numerous pulpits. But despite untold forests cut down in order to produce posters, books, banners, placards, and learned tomes calling for peace, there is less peace in the world today and more hypocrites selling it like snake oil peddlers.

On the banks of the East River in New York City stands the Temple of Peace, the huge United Nations building that claims to be its repository, but which in reality is the ultimate Temple to Hypocrisy. The worshippers of “Peace” are the supreme idealists who never abandon their dreams, even if their naïve acts lead them to inadvertently make tyrants stronger and create living nightmares for the very victims for whom they claim they are bringing peace. 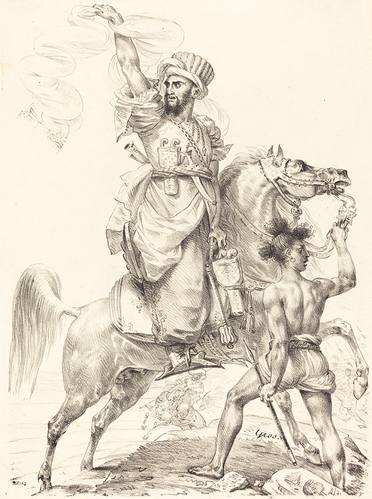 If a nation desires peace with its neighbor, but that neighbor implacably rejects peace, then any imposed peace process from outside is nothing more than a handmaiden to futility or worse. The peacemaker often creates a catastrophic erosion of security for the peace-loving nation, which because of its peaceful intentions is the only party that is then leaned upon to make endless and one-sided concessions to a belligerent enemy. Such has been the curse of the peace process for Israel in its attempts to survive relentless Arab and Muslim aggression.

Israel’s leaders have sought peace above all else and considered its attainment with hostile neighbors as the great panacea. But making peace must never be the goal of a nation when confronted by irredeemable enemies who look upon peace with contempt. For almost a century Jews have begged the Arab and Muslim world to agree to a lasting peace in the Middle East. They have offered what no other nation or people would dream of offering to a belligerent. But they have received nothing, for the simple reason that the Muslim Arab is only interested in a limited ceasefire so as to continue aggression against the Jews as soon as he feels strong enough. In this, he follows the example of Islam’s founder, Mohammed.

Deterrence and unwavering strength is the only salvation for Israel or any non-Muslim nation resisting the latest Islamic onslaught. A blinded West, increasingly confronted with Islamic terrorism and betrayed by the self-inflicted and suicidal trinity of political correctness, multiculturalism and diversity, is fast becoming submerged under a tide of hostile Muslim immigration.

To cry peace, peace, when there is no peace, as the Jewish prophet, Jeremiah, taught us long ago, is not an expression of hope but a foolish and dangerous abrogation of reality. It dulls the mind and the aspiration of a people who then become lost and blinded under a veritable veil of self-deception. Peace is impossible for a nation like Israel without its own demonstration of unassailable military strength and its utter rejection of concessions to an implacable enemy. The Muslim Arab world respects strength. It treats concessions with complete and utter scorn. It considers overtures of peace as a sign of weakness and thus becomes emboldened in its aggression.

When that enemy is an Arab and Muslim entity unwilling to make any concession whatsoever, and when the world expects Israel always to give  and the Muslim Arabs, particularly the so-called Palestinians, always to take, then to continue along that same path to nowhere becomes an Israeli self-delusion, leading to worse: Self-destruction.

“Then said Satan: This besieged one, how shall I overcome him?

He has courage and ability, he has weapons and imagination.

So he said: I shall not take his strength, nor muzzle nor bridle him.

Nor soften nor weaken his hands, only one thing I shall do;

I shall dull his brain and he will forget that he is in the right.”

So wrote the Israeli poet, Natan Alterman, in his poem, Gone like a Dream. He was expressing his deep anxiety over the weakening resolve and steadfastness of the Jews of Israel and of the Diaspora in their support for the reconstituted Jewish state and their illusory belief in the sincerity of their intractable foe, the fraudulent Arabs who call themselves Palestinians.

It is high time for Israel to be making demands upon the Arabs, starting with territorial concessions from the vast Arab and Muslim world. Based upon prior precedents in Muslim history going back to the time of Mohammed and his dealings with the Jewish and Christian tribes in Arabia, the Muslim Arabs will never make peace or accept a Jewish sovereign state in territory they have previously conquered in the name of Allah. Thus, Israel should now begin reclaiming Jewish Biblical and ancestral territory it has foolishly given away since the Oslo “peace” Accords including Gaza and parts of Samaria.

There is no hope for the Jewish state surviving in the nastiest neighborhood in the world if it presents itself as inwardly irresolute and unwilling to engage in war. The Muslim Arab adversary should always be fully aware that Israel is resolute, steadfast and more ready to wage war than agree to a fraudulent peace. If the Arab and Muslim world rejects Israel, it must live with the consequences of its enmity and become the ultimate loser. A Jewish state, which no longer seeks to make peace at any price will prosper and grow. It will also engender respect from both its friends and its enemies.

As W.B Yeats once wrote, “…peace under a semblance of peace… is but a manifold illusion.”

Born and educated in England, Victor Sharpe is a freelance writer, published author of seven books, including a collection of short stories titled The Blue Hour, and the acclaimed four volume Politicide: The attempted murder of the Jewish state. He has been a broadcaster and is also an accomplished musician.