What the ‘Old Man’ thought of Socialism 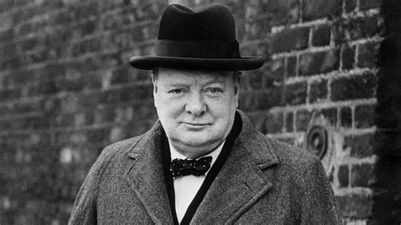 And who was ‘The Old Man’ you ask? It was the name Winston Churchill was given in his later years by an adoring public, especially following the end of World War 2.

Increasingly Churchill railed against the creeping socializing of Britain particularly after the Socialist Labour government swept to power in the July, 1945 General Election.

The Old Man later warned about the growing threat of Socialism in his House of Commons speech in 1948 when he said: “We are oppressed by a deadly fallacy. Socialism is the philosophy of failure, the creed of ignorance and the gospel of envy. Unless we free our country while time remains from the perverse doctrines of Socialism, there can be no hope for recovery.” 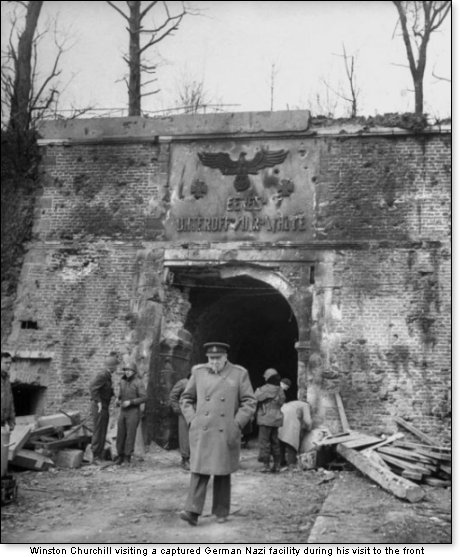 How familiar his stark words must resonate now here in America as a Democrat/Socialist Party turns the Marxist screw ever tighter on our lives. With the insanities of Wokeism, identity politics, critical race theory, ad nauseam tormenting non-Socialist Americans there is an uncanny similarity with what the British Labor government had imposed upon the British people.

In a speech Churchill delivered in Cardiff, Wales, he spoke about what he called “the Socialist jargon to silliness” that the leftwing government wished to enforce upon the public. His tongue in cheek speech went like this:

“I hope you all have mastered the official Socialist jargon which our new masters, as they call themselves, wish us to learn. You must not use the word ”poor”; they are now described as the “lower income group.” When it comes to freezing a workman’s wages the Chancellor of the Exchequer (Secretary of the Treasury in U.S.) now speaks of “arresting increases in personal income” … There is a lovely one about houses and homes. They are in future to be called “Accomodation Unit.”

Here the Old Man launched into one of his most derisory comments on Socialist nonsense by replacing the famous old song, “There’s no place like home,” with “There’s no place like our Accommodation Unit.” He then delivered the coup de grace to the cheers of the Conservative back benchers by adding, “I hope to see the British democracy spit all this rubbish from their lips.”

Churchill was famous for his quick wit and marvelous comebacks to parliamentary insults. His nemesis in the House of Commons for several years was Lady Nancy Astor who, during a fractious debate, told The Old Man that if she was his wife she would put poison in his food. To which Churchill immediately replied, “Nancy, if I was your husband I would eat it.” One other time a member of the Opposition Labor party called Churchill a worm to which Churchill replied, “Ah, but I am at least a glow worm.”

Here in America the Biden/Harris regime endorses the butchery of the English language. We now must utter strange, idiotic and alien words to describe every aspect of our lives. Here for instance is a partial list of Woke words provided for our edification by the New York Post:

So much for celebrating difference: Now you’re literally not supposed to speak words that remotely acknowledge it. Instead of mom and dad you must call them “grown-ups,” “folks,” “family” or “guardians.” Drop “nanny” for “caregiver.” The woke guide spells out a host of “more appropriate terms” relating to gender, sexual orientation, race and ethnicity. And what about the new term we must use for a woman. She is now to be called, a “birthing person.”

This is now an actual trend in the UK. The University of Manchester has scrapped the words “mother” and “father” for “guardians.” Its guide also nixes “elderly,” “pensioners” and “youngsters” for sterile terms such as “over-65s, 75s” and so on. The poor Old Man must be spinning in his grave.

Seriously: This isn’t about sensitivity, it’s about thought control and a fundamentally totalitarian project. As Glenn Harlan Reynolds wrote recently in The NY Post, “it’s time to stop playing along with these people’s delusion that this stuff is ‘deeply moral’ and call it out for the power trip it actually is.”

The editorial in the New York Post ended with the reminder not to disfigure the authentic names for Mother’s Day and Father’s Day but please to celebrate them both joyfully.

The Old Man fought against the Communist menace that threatened the world from both the totalitarian Soviet and Chinese Communist parties. He warned against its embryonic socialist offspring that had already entered British political life and lurked within America itself. He knew about the endless war of Islam against Judeo-Christian civilization and all non-Muslims, having fought against it on the North-West Frontier and in the Sudan. His famous description of Islam was, “an ideology wrapped in a religion.”

Churchill was spared the explosion of Marxist ideas that now corrode American politics – the nation he loved so much. In his own brilliant mastery of the English language he would have railed against the likes of Ilhan Omar, Rashida Tlaib and Alexandria Ocasio-Cortez who make up the so called squad and which the lamentable House Speaker, Nancy Pelosi, allows to vomit their filth.

In one of his last political speeches The Old Man told an audience that: “It is certain that a vote for Socialism is in fact, whatever its intention, a vote which increases the hazard of a world catastrophe and would deal a real blow to our hopes of escaping a Third World War.”

In his inimitable prescience Churchill, if he was alive today, would have utterly condemned the Biden/Harris regime’s odious courting of the Islamo-Nazi Islamic Republic of Iran, which is now perhaps mere months away from acquiring nuclear weapons.

With a man known both as the hangman and butcher of Iran – a loathsome creature who has murdered untold thousands of fellow Iranians – becoming Iran’s president in August, 2021, such a nightmare reality that Churchill warned against may yet arrive all too soon.

As we celebrate America’s independence day, may we still hope and pray that we remain the Land of the Free and the Home of the Brave.