Gov. Inslee Must Resign If He Starts Purging Christians From Government

“Exemptions: medical for sure; and religious (if we have to; if yes, as narrow as possible).” 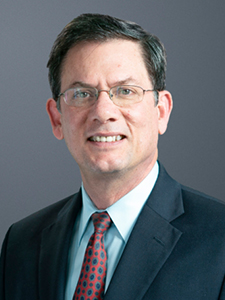 That’s what Governor Inslee’s General Counsel Kathryn Leathers wrote in an email to the Attorney General’s office as they coordinated the language for Washington state citizens to obtain a religious exemption from the COVID-19 vaccine mandate. If we have to. As in, if we have to honor someone’s religious beliefs…a central tenet of the Civil Rights Act of 1964, AND the US Constitution, and our State Constitution: “Absolute freedom of conscience in all matters of religious sentiment, belief and worship…”

As narrow as possible. Translation: Governor Inslee’s office does not actually care about your deeply held religious beliefs. His administration is going to squeeze as much power as they can into this exemption process to force compliance to their political whims or you are fired!

Those who are rejecting the vaccine on religious grounds are being laughed at by the state government and pagan left. According to the criteria set by Inslee’s office, for someone to be exempt from the vaccine on religious grounds, they would have to have never taken medicine from a healthcare provider in their adult lives. This makes the religious exemption next to impossible. This completely disregards the fact that a primary objection to the vaccine by many of the faithful is its use of fetal cell lines. To force vaccines made or tested using murdered babies’ fetal cells on people without their consent is grossly immoral.This is a war on people of all faiths, not just Christians. The disrespect shown to the religious is unfathomable, and the Washington state government is pulling no punches to make sure every last state employee becomes vaccinated regardless of if they want to.

So – all state employees must all be completely vaccinated by October 18 or they risk losing their jobs – and their deeply held religious convictions don’t mean anything to Governor Inslee. And, if people lose their jobs, they will be ineligible for the state’s EDD unemployment insurance program – leaving them without any income. And today, we are hearing reports that there will no religious exemptions for the Washington State Patrol. Ultimately, for the Governor, this all about imposing the anti-Christian, anti-First Amendment, and neopagan will of the pagan elites on the common citizen. They want an easily controlled populace who will do what they are told at every turn. Religious convictions and belief are a nuisance, and even a threat to secular power.

The neopagans disdain our freedom as Americans and God-given dignity as human beings. Despotic state governments like we have in Washington believe they have every right to push their satanic agenda on citizens, and that the people exist to serve the bureaucracy, not the other way around.

“In all circumstances, hold faith as a shield, to quench all [the] flaming arrows of the evil one.

And take the helmet of salvation and the sword of the Spirit, which is the word of God.” (Ephesians 6:16-17)

Let me be clear, Governor Inslee has crossed a line with this never-ending abuse of emergency power and is now setting as state policy the persecution and firing of Christians and people of all faiths here in Washington. I don’t say this lightly, but if he goes forward with this purge, he must resign as Governor.

At the end of the day – it is our loyalty to God and to the rule of law that is paramount, not a man who unjustly wishes to purge Christians and other religious believers from government.

P.S. Will you join FPIW in the fight for religious freedom in Washington?